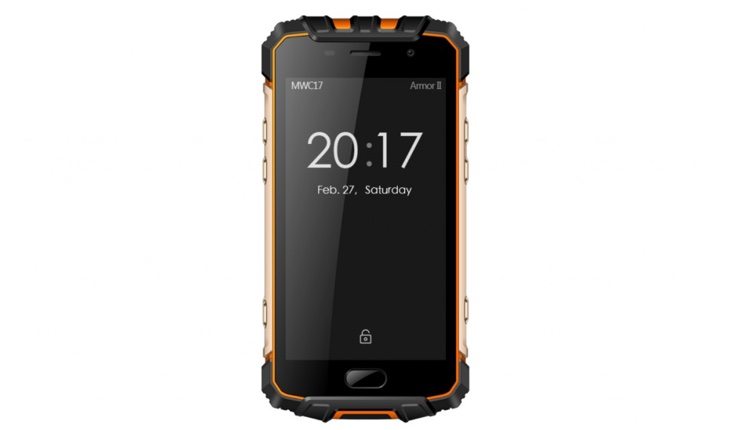 Rugged smartphones may be somewhat of a niche product but nevertheless there is always demand for them. Some readers may have heard of the Ulefone Armor that arrived in November last year. Now a successor is on the way and the Ulefone Armor 2 release will go even more rugged. The company has given some details of the device ahead of exhibiting it at MWC 2017.

For outdoor sports enthusiasts or those who work in tough conditions, a rugged smartphone can be a necessity. The current Ulefone Armor released with IP68 certification offering dust and waterproof qualities. It was also competitively priced considering its specs so there’s likely to be plenty of interest in the next-generation Ulefone Armor. Now Ulefone has stated its intentions for further Armor models. The company says that each new model in the series will be improved as far as strength is concerned as well as having upgraded specs.

Ulefone further states that the Ulefone Armor 2 will be a “comprehensive upgrade over the original Armor.” The phone will still have IP68 water and dust proof ability but will have improved styling to “deliver luxury visual impression.” It will be encased in a stronger metal-plastic hybrid armor and have physical keys on the edges of the handset. A physical home button will be below the display and Ulefone teases a front fingerprint sensor. This is said to be a secret but why mention it if it wasn’t coming to fruition.

The company has also provided some Ulefone Armor 2 specifications. It will be powered by a 2.5GHz Helio P25 octa-core processor with a whopping 6GB of RAM. That’s double the RAM of the current Armor. Ulefone is proud of the fact that the Helio P25 chipset was very recently released and that the Armor 2 will be the first smartphone to use it. Further specs are unknown at this time but we’re likely to hear much more very soon. The phone will be on display at MWC 2017 in Barcelona from February 27 to March 3.

As far as a Ulefone Armor 2 release date is concerned the details are rather vague. The company merely says that it will release the device some time this year. Are you interested in a new rugged smartphone? Will you be waiting to hear more about the next-gen Ulefone Armor?