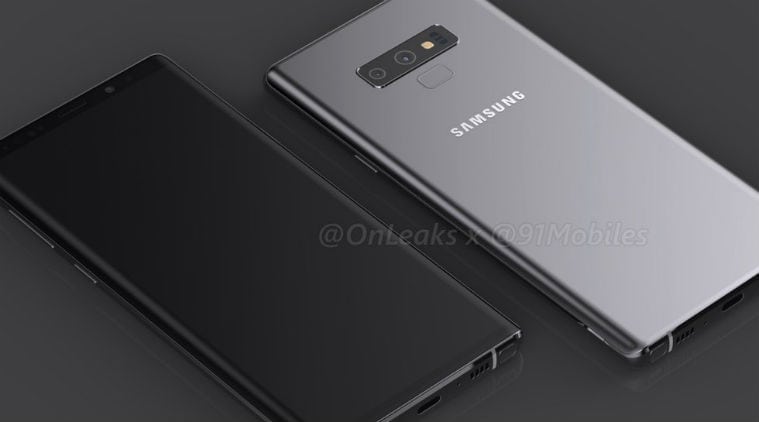 We all know that Samsung is on top of the smartphone game. The Samsung Galaxy S9 is one of the best smartphones available in the market. The premium design, fast performance and useful features make the S9 one of the top choices for any user. And, if you wanted more, the Note series were always here. Despite the Note 7 fiasco, the Note 8 proved to be quite successful and powerful. And now, we have some details about the upcoming Galaxy Note 9. Let’s see them!

Starting with the design, we’re expecting the Galaxy Note 9 to have a sleek and premium look and feel. The Note series have always been big and bold, but sleek and gorgeous at the same time. That will continue on to the Note 9, as we’re expecting a similar style compared to the 8. On the back, the camera placement will be on the top, similar to the S9. The fingerprint sensor will be right under it. The glass back will have curvy edges and a metal frame, giving it a nice feel in the hand. On the front, rumors suggest that the device will carry a 6.38” AMOLED display. The panel will have 2960 x 1440 resolution and 18.5:9 aspect ratio. We’re expecting the best that is available right here, as we all know the great displays Samsung makes.

Going over to the performance, the Galaxy Note 9 will pack the best hardware that is available right now. For the chipset, we’re expecting two variants – one with the Snapdragon 845 and the other with Samsung’s Exynos 9810. Both versions will be fast and will handle any task you throw at them. For the memory, rumors suggest that there will be two options: one with 6GB of RAM and another with 8GB of RAM. We’re always going to recommend the higher option, but both versions should be good. Storage-wise, there will be different options up to 512GB. That way, everyone can find their preferred option and pick it up. Rounding up the hardware, the battery should have the capacity of 3850mAh. It should hold for more than a day, though we cannot confirm that.

Unfortunately, there aren’t any details about the cameras. All that is known for now is that we’re expecting the same dual combo on the back with a single shooter on the front. The secondary camera on the back will most likely be a telephoto one. On the other hand, the main shooter will have the variable aperture found on the Galaxy S9. We’re expecting the camera to be excellent with great dynamic range and a bit oversaturated.

Finishing with the software, the Galaxy Note 9 will run Android Oreo 8.1 out of the box. The Samsung Experience skin will be present, and it has improved a lot in the past years. Aside from that, we’re also expecting the different features for the S Pen, facial recognition thank, an iris scanner and AR emoji.

The Galaxy Note 9 should be announced around August, with a release in the same month or in September. Prices should be around the $1000 mark.

So, what are your thoughts on the Galaxy Note 9 rumors? Share them in the comments below.