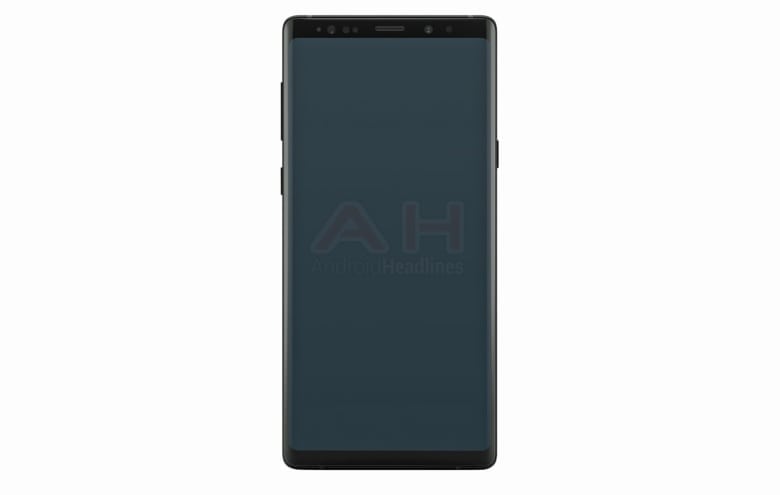 Samsung’s “next big thing” is less than a month away, and for the most part, we have reason to expect a repetitive design. So repetitive, in fact, that you may have trouble distinguishing the “new” Galaxy Note 9 from the “old” Note 8 at first glance.

The “face” of the Note 9 is today illustrated in what AndroidHeadlines claims to be an “official” render provided by a “reliable” source, looking pretty much identical to the front panel of last year’s S Pen-wielding flagship Samsung phone.

We can see the same (or at least an extremely similar) “Infinity Display” in action, with uniformly thin bezels, no notch, and a bunch of sensors at the top enabling iris recognition (among others), next to a single selfie shooter.

Unfortunately, the newly leaked image doesn’t also simulate the user interface, which is probably still based on Android Oreo, with no view from the back provided either. That’s where we expect a couple of changes, starting with a Galaxy S9-borrowed fingerprint reader relocation.

But the Note 9 is tipped to retain its predecessor’s horizontal dual rear camera arrangement above the biometric sensor, with familiar-looking side-mounted buttons also depicted today to include a Bixby switch in addition to traditional volume controls and a power key. A new S Pen with added functionality and jumbo-sized battery are two essential upgrades we don’t get to see confirmed today, but that’s what the August 9 event is for.