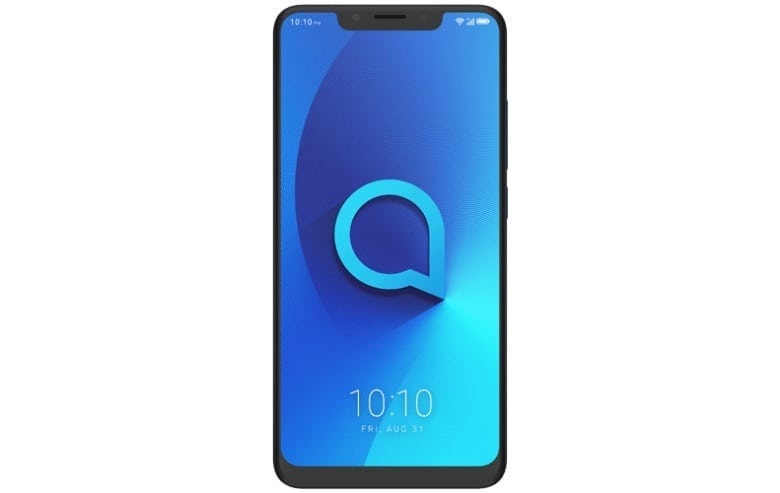 In addition to trying (and largely succeeding) to keep the BlackBerry brand alive, China-based TCL also sells a number of significantly cheaper products under the Alcatel name. The latest is titled Alcatel 5V, even though it’s not immediately clear what the “V” stands for.

Something tells us Verizon isn’t going to carry this mid-range 6.2-incher, which is currently slated for vague availability in “select markets” starting later this month. Interestingly, while the “regular” Alcatel 5 adopted a “bezel-less” design with a very small chin and huge forehead, the newly detailed 5V sports a chunkier bottom screen border and wide notch at the top.

The iPhone X-inspired display cutout houses both an 8MP selfie shooter and face scanner, but the latter is obviously not as complex and secure as Apple’s Face ID authentication method.

Still, considering this bad boy’s $199.99 starting price, it’s pretty impressive that TCL managed to implement both facial and fingerprint recognition technology. You also get a huge 4000mAh battery under a glossy glass hood, as well as dual 12 + 2MP rear-facing cameras.

The large, expansive 6.2-inch screen unsurprisingly comes with a trendy 19:9 aspect ratio, but as you can imagine, certain compromises had to be made to hit the $200 MSRP. Those include  HD+ display resolution (1500 x 720 pixels), a not-so-fast-and-furious octa-core MediaTek MT6762 processor, and 3GB RAM. All in all though, this is not a bad phone… on paper, especially when taking the pre-loaded Android 8.1 Oreo software into consideration.