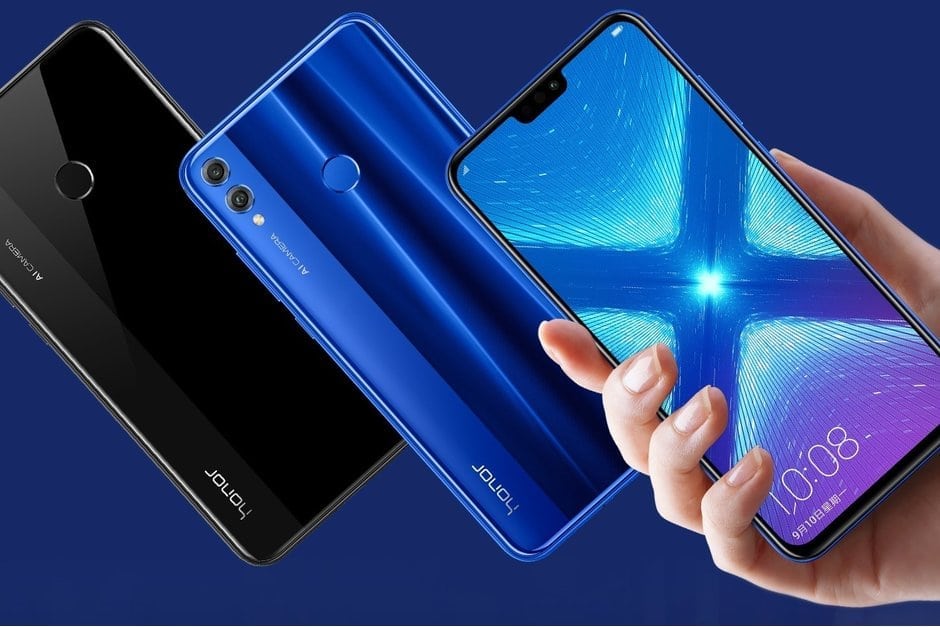 Huawei’s subsidiary brand Honor is doing extremely well in recent months. The online brand is selling excellent smartphones with good internals for a smaller than usual price. And this strategy, that was started by Xiaomi originally, is bringing them a lot of sales. Therefore, it’s natural from them to release new devices and appeal to a much wider user base. We recently took a look at the Honor Play, and for the low price, it’s an incredible powerhouse. Now, the company announced the Honor 8X, the next iteration to the famous 7X. Let’s take a look at it!

Starting with the design, the Honor 8X definitely took some inspiration from the Huawei P20 lineup. The back is glass, and it has two different visual effects depending on the angle you’re seeing it. Three different color options will be available for the taking: red, black and blue. On the front, you have a 6.5” IPS LCD display with 1080 x 2340 resolution. It does feature a notch, but it also has an impressive 84.4% screen-to-body ratio. The notch is on the smaller side, and the bottom chin is also thin. On the back, you will find the camera setup in the top corner. It’s the same placement as on the Huawei P20, even with the AI camera branding next to it. The fingerprint sensor is conveniently placed in the middle.

On the inside, the Honor 8X packs a big punch. Starting with the chipset, the device features the new Kirin 710 processor. The 2.2GHz octa-core chip will easily handle all of your demanding tasks without any problem. Assisting the chipset is the Mali-G51 MP4 GPU, further enhanced with Honor’s GPU Turbo. In the memory department, as usual, you have different options. For RAM, you can pick between 4 or 6GB, while for internal storage, 64 or 128GB. The internal storage can be further expanded using the MicroSD slot. Finishing the internals, the 8X features a 3750mAh battery. It should easily last you through a full day of use.

Jumping over to the cameras, the 8X features a dual setup on the back, and a single shooter on the front. Starting with the back, there is a main 20MP shooter with f/1.8 aperture and a secondary 2MP depth sensor. The pictures are great, with decent color saturation and dynamic range. The AI enhancements can improve the colors depending on the object you’re shooting. On the other hand, the 8X also comes with the famous Night mode, taking great pictures in low light conditions. On the front, you’re getting a 16MP shooter with f/2.0 aperture. It’s more than enough for all of your selfies or video calls. Speaking of video, the 8X can shoot videos up to 1080p resolution. There is also a slow-motion mode up to 480fps.

Finishing with the software, the Honor 8X runs on Android Oreo 8.1, with Huawei’s EMUI 8.2 skin on top of it. The skin is decent and has a lot of useful features. However, it does look a bit like iOS, and not many are fans of that.

The Honor 8X is available for purchase in most Asian and European markets. The regular 4 + 64GB model starts at 250 euros.

So, what are your thoughts on the Honor 8X? Share them in the comments below.