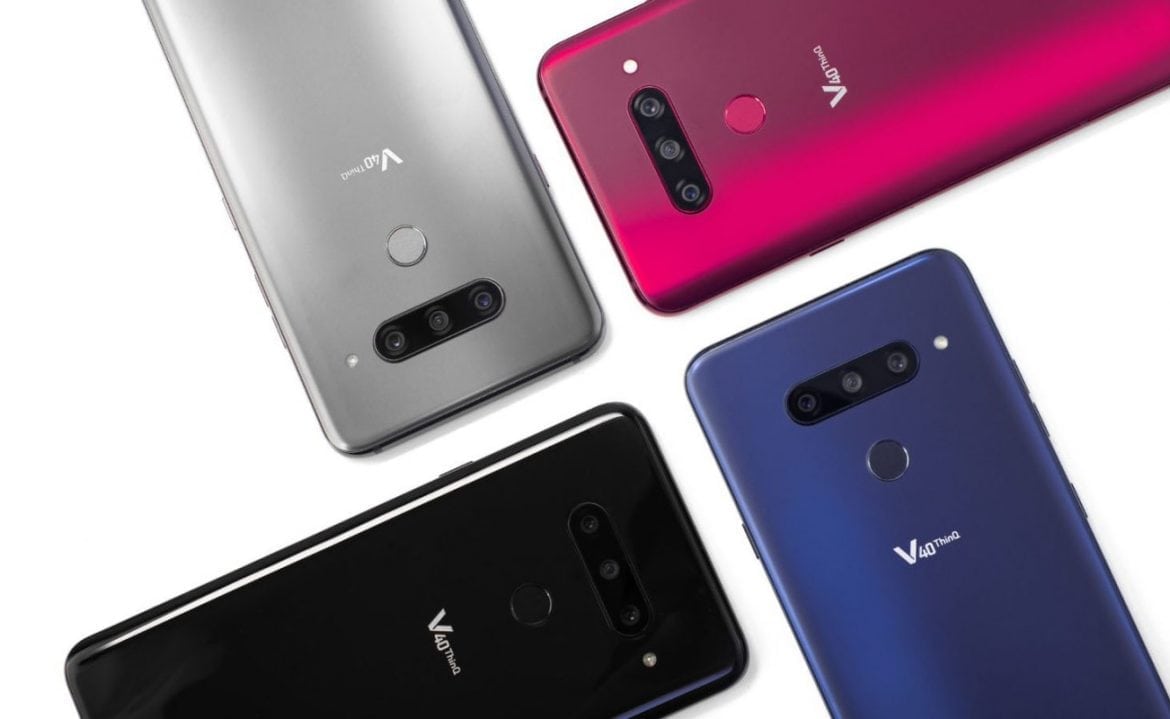 Recently, we took a look at the rumors and possible details about the upcoming LG V40 ThinQ. The device was teased for quite some time, both through different leaks and from LG themselves. LG was not shy to boast about the five different cameras this device has across their social media accounts. And it had a reason why – the previous V30 was an incredible device mainly because of the camera. A lot of photographers and videographers praised it for the different options the camera had. Fortunately, that hasn’t changed for the V40 either, so let’s dive in on the details!

Most of the rumors about the design were confirmed true – glass back design, curved edges and rounded corners. On the front, there is the 6.4” OLED display with 1440 x 3120 resolution. The colors are accurate and vibrant, while the brightness is great. The notch is on the small side, housing the two front cameras and the earpiece speaker. Furthermore, the bezels are thin, including the bottom chin, giving you more screen-real-estate. On the back, the three cameras are placed in the middle part of the top, stacked right next to each other. The fingerprint sensor is conveniently placed in the middle. The power button is placed on the right side, while the volume buttons and the Google Assistant button are placed on the left side. Unfortunately, you still cannot remap the Assistant button to something else.

On the inside, all of the rumors were confirmed true. The LG V40 ThinQ is packing the standard flagship internals. So, for the chipset, you’re getting the Snapdragon 845, while for the GPU, the Adreno 630. In the memory department, the device comes with 6GB of RAM and 64GB of internal storage. Finally, the battery inside the V40 is capped at 3300mAh. It’s on the smaller side, and it could be the biggest downside of this device. It should last you through a day though, depending on your usage.

However, the biggest changes are the convenient feature this device includes. First, there is the headphone jack, which many other flagship devices are missing. Accompanied by the 32-bit DAC, it’s perfect for all of you audiophiles out there. Next, the Boombox speaker from the G7 also makes an appearance, making the sound louder when placed on a flat surface. Finally, the device is IP68 water and dust resistant.

The price for the LG V40 ThinQ in the US is placed around $900. It will be available on October 18th, with more markets to come in the upcoming month.

So, what are your thoughts on the LG V40 ThinQ? Share them in the comments below.