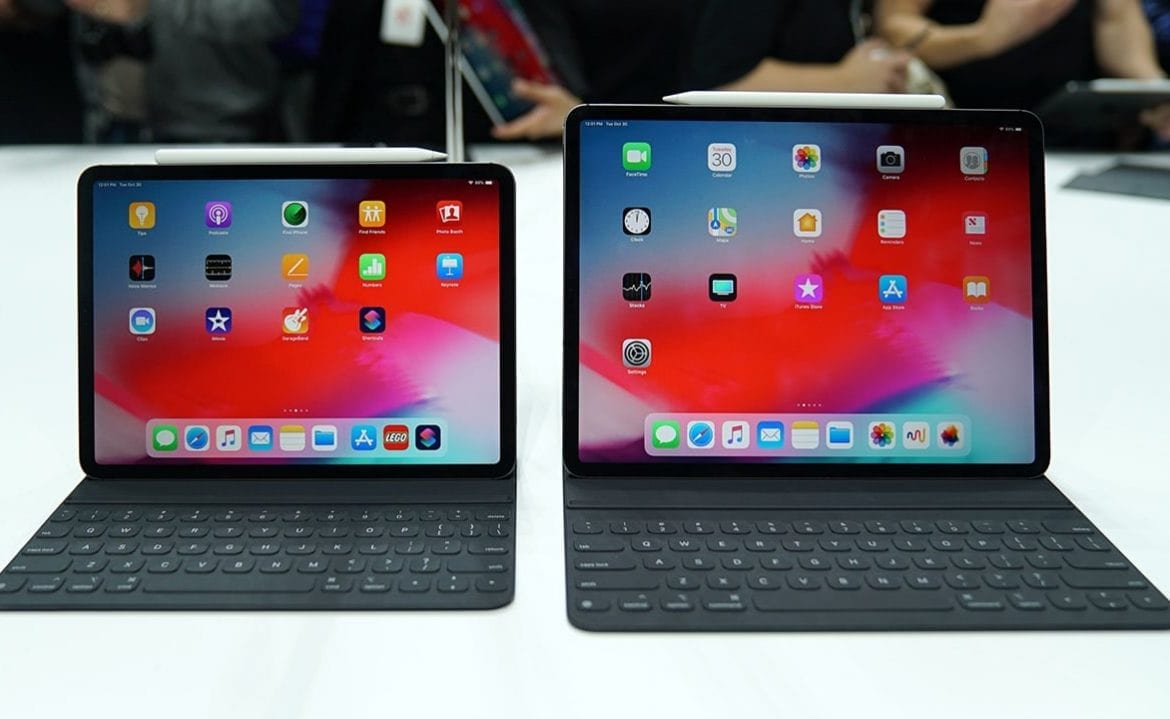 October has been quite the ride with all the new releases and announcements from various tech companies. We saw many new great smartphones and devices, like the Pixel 3 and OnePlus 6T. Apple announced their new iPhones back in September, with the XR hitting the shelves this month. But they also had other devices in store to showcase, so they also held an event at the start of this week. They announced a bunch of new devices, with the most notable being the new iPad Pro 2018. Let’s take a closer look at it!

Starting with the design, this is the first time after a while where we’re getting a noticeable difference. Both the edges and corners are rounded, allowing you to grip it more easily. The device is slimmer now at 5.9mm, at the expense of the headphone jack. The new design changes are most notable on the front. The bezels have been trimmed down, while the screen sizes are being increased. You can choose between 11 and 12.9 inches of screen to look at. The 11” model has 1668 x 2388 resolution, while the bigger 12.9” model has 2048 x 2732 resolution. Both feature the Liquid Retina tech found on the iPhone XR, and both have 120Hz refresh rate. The reduced bezels also hint at another thing – the Touch ID button is gone. Instead, Face ID makes an appearance.

Jumping inside the body of the iPad Pro 2018, we can see the true power these devices hold. Starting with the chipset, Apple included the A12X processor. The specially designed processor holds 10 billion transistors and is consisted of an 8-core CPU and 7-core GPU. Together, they make the new iPads 35% faster in the CPU and 1000x faster in the GPU department over the previous iPad Pros. Jumping over to the RAM, both tablets come with 4GB of it. However, for the internal storage, you can choose from anything between 64GB up to 1TB. Finally, we don’t have any information about the capacity of the batteries inside the new devices (like with any new Apple device). However, both should easily last up to 12 hours of work, which is easily enough for a full day of intense work or multimedia.

For the cameras, the new iPads feature a 12MP shooter on the back and a 7MP shooter on the front. Although they’re not that much important on a tablet, they can take excellent photos and videos. The new addition is the Face ID sensors on the top. They’re the same as found on the iPhone XS. However, a new addition over that is that these tablets can detect your face in any position the tablet is placed.

Finally, the iPad Pro 2018 runs on iOS 12, with an upgrade to iOS 12.1 already available. It will feature many of the useful features you know from the previous iPad Pro. Probably the most welcoming feature for artists and content creators is the full Photoshop app coming up in 2019.

So, what are your thoughts on the new iPad Pro 2018? Share them in the comments below.