The MacBook Air 2018 finally got announced! 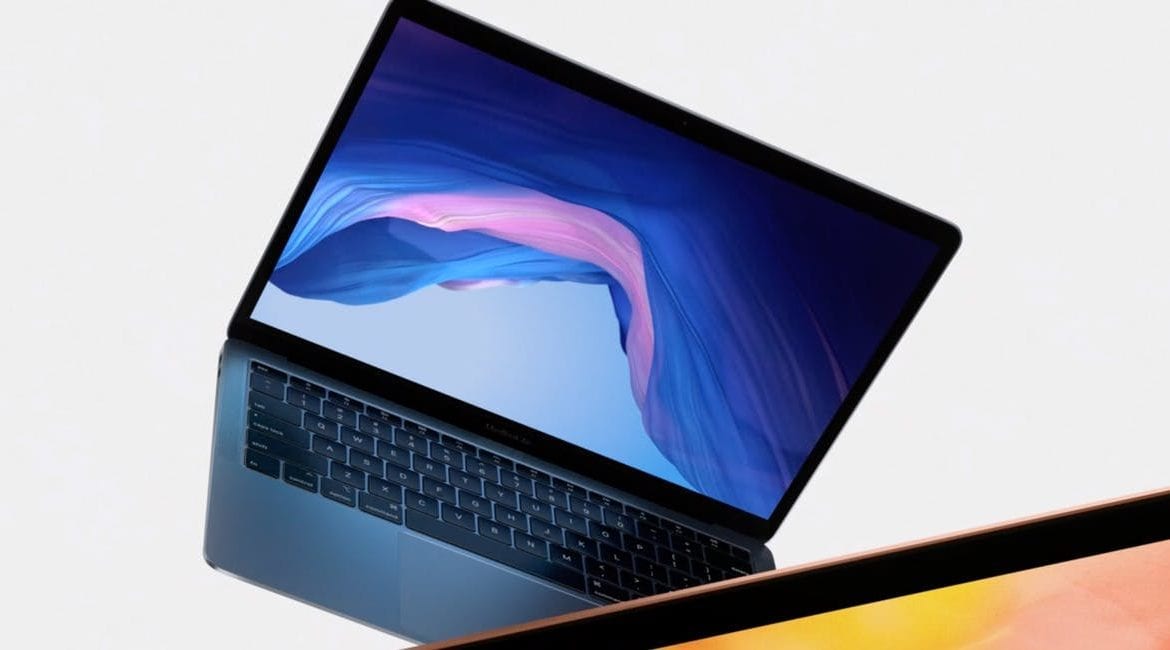 October has been quite the ride with all the new releases and announcements from various tech companies. We saw many new great smartphones and devices, like the Pixel 3 and OnePlus 6T. Apple announced their new iPhones back in September, with the XR hitting the shelves this month. But they also had other devices in store to showcase, so they also held an event at the start of this week. They announced a bunch of new devices, and here we have the new and refreshed MacBook Air 2018. Let’s take a closer look at it!

Starting with the design, the new Air has its body made from a single piece of recycled aluminum. The body shares most of its shapes and curves as the MacBook Pro. However, there are some slight differences between them. At 1.25kg, it’s extremely lightweight, living up to the Air name. The lid can be opened up with one finger, revealing the new display. This has been one of the key upgrades the old Air needed, and we’re glad Apple delivered. The new 13.3” display has 2560 x 1600 resolution with 16:10 aspect ratio. The panel is not the same as found on the MacBook Pro, but it is Retina, giving it the gorgeous look. The bezels around the display are also reduced compared to the old MacBook Air.

Going inside the MacBook Air 2018, you will find a decent offer of hardware. For the processor, you’re getting the 8th processors from Intel. At start, that’s the 1.6GHz Core i5 8210Y. From the name, we can suggest that the Air will feature a fan to cool the processor, like the previous generations. However, we will confirm that as soon as the laptop ships. Moving on, the Air comes with 8 to 16GB of RAM and from 128GB to 1.5TB of SSD storage. There are options for every need, but I doubt that there will be many going for the 1.5TB version, especially with the attached price next to it. Finally, the battery inside the Air should last up to 12 hours of use, per Apple’s claims. Compared to the True-Tone display of the MacBook Pro, this is highly achievable.

Outside, you will find the 720p FaceTime camera on top, which should satisfy your video call needs. The keyboard is upgraded as well to their 3rd generation, which means low key travel and a lot quieter. It does require getting used to, but it’s one of the best in the class. As a bonus, the keyboard has a special Touch ID button on the top corner, for added security. The touchpad is also upgraded and enlarged, again, similar to the MacBook Pro. It does have Force Touch, allowing you to click on any part of it. Finally, the Air features two USB Type-C / Thunderbolt 3 ports on the left side, with a single 3.5mm jack on the right side. You can charge the laptop through both of the ports, but dongles might still be needed if you’re a heavy user.

The Macbook Air 2018 is available for pre-order now, starting at $1200. The device will start shipping next week.

So, what are your thoughts on the MacBook Air 2018? Share them in the comments below.