Well now it seems that there are a few Nokia smartphone images hitting the net waves that may possible be Nokia Windows Phone devices that aren’t the Nokia Sea Ray handset we’ve seen previously, and there is even a video showing off a new Nokia Windows Phone handset, which we have for your viewing consideration below.

The Nokia windows Phone handset images were emailed to the guys over at My Nokia Blog apparently by someone claiming to be from Microsoft and there is of course the video which was posted to YouTube by user 1life1luck and delivers just over a minute of footage.

These new supposed Nokia Windows Phone handsets can be seen at the starting at the 23-second mark in the video, but apparently uses other footage from other marketing videos, and as the guys say “looks like a mish mash of nokia and microsoft footage but they’ve edited the screens with wp mango overlays perhaps?”

While the ending click according to the article is actually from the Microsoft Office Labs: Productivity Future Vision video, and can be seen at the 2.24 mark.

Thus the big question here is, is these new Windows Phone Nokia smartphones actually real are they simply some elaborate fake by persons unknown hoping to grab a little YouTube fame?

We’ve seen in the past just how easy it is to fake videos, most recently with the iPhone 5 and supposed website for the iOS smartphone captured on video, so there is always a possibility that this Nokia Windows Phone footage is also a fake.

Have to say though, that if the video turns out to be the real deal, then those Nokia Windows Phone handsets to look pretty appealing, if you are in the market for a Windows Phone that is.

So all you need to do now is head on down and hit that play button to check out the footage of the supposed new Nokia Windows Phone handset, and feel free to let us know if you think the footage had been faked or not by posting to our comments area below. 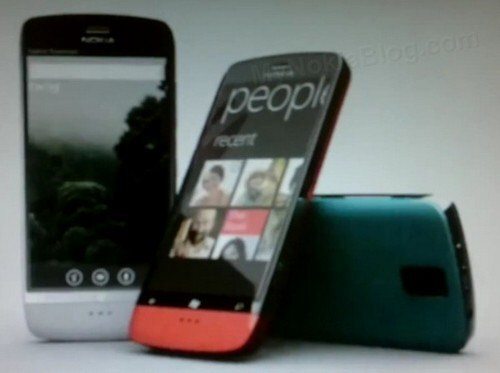