The hottest news that will turn heads is the new Asus Padfone, the reason we say hot is all down to the device being released with Android Ice Cream Sandwich operating system.

The Asus Padfone will be released with Android 4.0 Ice Cream Sandwich somewhere around the end of 2011 or early 2012, the Padfone by AsusTec is a fantastic bit of technology that allows users the ability to combine both tablet and smartphone.

Users will be able to display video or photos on a 10.1-inch tablet from a 4.3-inch smartphone, as well as extending the battery life on the smartphone when the two are housed together.

The Padfone was announced earlier this year and we got to admit it turned our heads; we love this product and cannot wait to get our hands on it.

The ability to dock a smartphone into the back of a tablet is astonishing and very interesting indeed, the phone can also be used as a 3G dongle for the tablet device.

Asustek are planning on launching the second generation Padfone by 2012, and will hopefully be featuring long-term evolution (LTE) as well as three-dimensional (3D) graphics. The Padfone was expecting to get Android Honeycomb and the smartphone was getting Android 2.3 Gingerbread, but the company has now opted for Ice Cream Sandwich on both devices.

Please do let us know what you think in the commenting area provided below. Thank you, whilst you wait for more information, please do check out these hot videos of the Padfone in action.

UPDATE: The Asus PadFone will be unveiled at MWC 2012, for more information please read here. 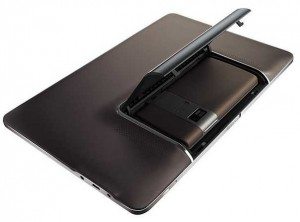