After months of speculation we finally know when Apple will be showcasing the next version of the iPad. While the actual specifications of the device remain a mystery besides all the recent speculation, the Apple iPad 3 Event next week on March 7th will provide the prices and the release date for the device, along with those important specifications, and today we have the worldwide times for the event for you to keep up with the news as it happens.

The invitation hints at the rumored Retina Display for the new iPad and something that can be touched, other than that not much is known except the venue and start time. Apple’s event will kick off at 10 am PT and 1 pm ET in San Francisco at the Yerba Buena Center for Arts.

Below you can see a table that gives the times of the event around the world so iPad fans can keep up with the news via live blogs. For iPad fans over in Tokyo, Japan this will mean staying up until 3 am Thursday morning, while Europe the event will take place in the Wednesday evening at 7pm or 6pm in London.

Much has been made in recent months about the new display for the iPad 3, with rumors suggesting it will have double the pixel density of the current model. There has also been the suggestion 4G LTE connectivity will arrive in the new model, with the larger iPad battery being able to cope sufficiently with the technology.

We have also heard the device will feature an upgraded camera, as the iPad 2 currently features a device with only 0.7 megapixels. Recent reports have suggested the iPad 3 will come packing an eight megapixel shooter, which if true will be welcomed by consumers thinking of purchasing the device.

It is widely believed that the iPad 3 will release to the waiting public shortly after being revealed, which was seen last time round with the current model. This could mean we could be about two weeks from seeing the device hit stores around the world for purchase. Whatever Apple reveals next week you can be sure we will be keeping our readers informed with all the news as it happens.

Do you plan to buy a new iPad this year? 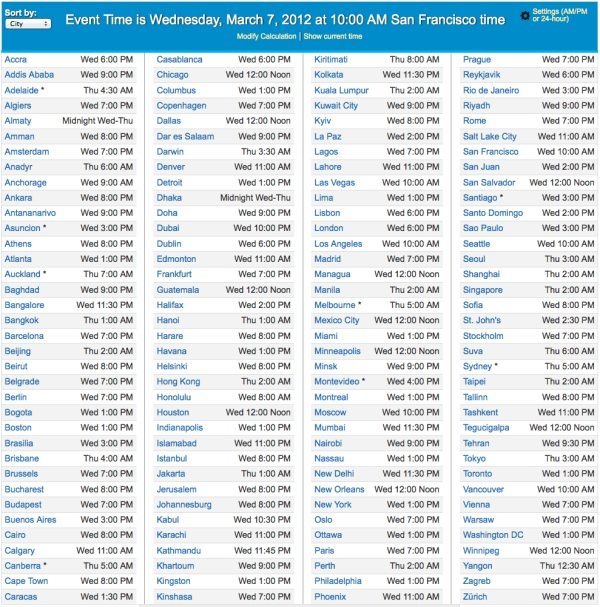