When consumers think about choosing a new smartphone, once they have decided on the platform and if it’s Android, they then need to pick which manufacturer they want their new device from. LG are probably not on the top of everyone’s wish lists when it comes to smartphone choice, but the company is looking to change that with the release of the Optimus L5 and L7 Android phones.

Back in February the company announced its new Optimus L range of smartphones with the L3, L5, and L7 devices, and now according to the Android Community the L7 could be available later this month following some new details from LG France. Meanwhile the LG L5 should launch sometime in May.

All of the new LG L series handsets will come running Android Ice Cream Sandwich straight out of the box, and the L7 is the flagship model of the new series boosting a 4.3-inch IPS screen with a 1.0 GHz single core processor. The device’s outdated specs also feature 4GB of on-board storage and 512MB of RAM.

There is the provision for expanded storage though thanks to the microSD port and it will feature a five megapixel camera. Price wise it will be free on a contract or around â‚¬319 SIM free, and expect the device to release across Europe later this month. While the LG L5 is expected sometime in May there is currently no word on the entry level L3s availability.

As we reported recently the L5 is struggling to gain much interest from perspective Android smartphone fans with its 800 MHz single core processor and 4-inch touchscreen. Both the L5 and L7 will appeal more to consumers on more of a budget but still want to experience some Android Ice Cream Sandwich magic. Will you be considering any of the LG L range? 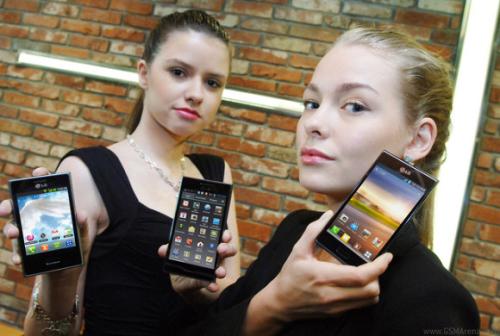