The Samsung Galaxy Note 2 (Note II) is definitely the smartphone that’s making waves at the moment. With it’s enormous display and running the latest Android operating system, 4.1 Jelly Bean, this phone has a lot to impress and looks set to fly off the shelves on release. Precise release dates for the Galaxy Note 2 have not been given yet but today we have news about the price and pre-orders for the Galaxy Note 2 for our readers in India.

At the recent Samsung event to unveil the Galaxy Note 2 a release timeframe of October was given for Europe, Asia and the Middle East while the information for buyers in the U.S. was more vague with ‘later this year’ being all that was forthcoming. We’ve already had some pricing indicators for Europe and the U.S. although nothing has yet been confirmed but it looks as though those in India waiting for the Note 2 have good news today with news of pre-orders becoming available and pricing from at least one online retailer.

Infibeam now has the Samsung Galaxy Note 2 up for pre-order and it’s priced at 38,500 INR, equivalent to around US $694. We previously told how the phone would be available in Marble White or Titanium Gray but GSM Arena reports that it will also be available in a brown option at some point in the future. The details at Infibeam here are for the white version. Where the plot thickens rather is that a release date on Infibream is given as September 22 and of course that differs to the October launch time that was officially given by Samsung. With that in mind we’d advise taking the September release date mentioned on Infibeam with a large pinch of salt for now. Indeed GSM Arena has updated its report to say that the online retailer has a history of posting details online early in order to gain traffic and that release date has since been removed. 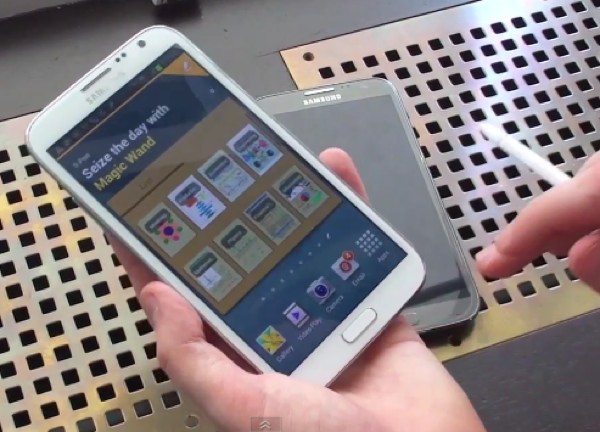 Although the release date may not be reliable then, it does look as though the pricing of 38,500 INR will stick so that will give you an idea of how much you’ll need to pay to get your hands on the Galaxy Note 2 in India. Of course there’s always the possibility that Samsung may start releasing the phone earlier than expected so we’ll be waiting to hear more about this. If you want a quick reminder of what you’ll get for your money then the Galaxy Note 2 has a 1.6GHz Exynos quad-core processor, 2GB of RAM, huge 5.5-inch HD Super AMOLED display, 8-megapixel rear camera and 1.9-inch front-facing camera and a 3100mAh battery that should be abundant for all your needs.

The Galaxy Note 2 certainly has a lot to offer then and you may be interested in reading some of our previous posts about it here. Are you interested in this latest flagship device from Samsung? What do you think of the pricing for the Galaxy Note 2? Let us know with your comments.