The age old debate between Apple’s iOS mobile platform and Google’s Android continues apace and for many people it’s all about iOS 6, the upcoming Apple operating system vs. 4.1 Jelly Bean, the latest Android OS that recently came out. Plenty of people have raved about the delights of Jelly Bean while many new features have leaked out about iOS 6, which looks set to please an awful lot of device users. One of these hasn’t even been released to the public yet but a new report brands both of these operating systems as boring, one of the reasons for this being that continued progress at the same pace seems unrealistic.

Both the Android and iOS platforms have hit maturity and recent updates have set to further establish their bases while making mostly minor improvements rather than anything truly groundbreaking. Android 4.1 Jelly Bean for instance has brought a Siri-like voice service, made changes to notifications, increased the number or languages supported, added the option to resize widgets and fine-tuned graphics processing and more. In the meantime the upcoming iOS 6, expected to launch with the iPhone 5, is to add Passbook, refine Siri, include the Apple Maps app, tag incoming phone calls and lots more. In fact both have brought hundreds of new or improved features but none have been really startling.

This seems at least to be the opinion of Galen Gruman of Info World who makes some valid points but despite their ‘boring tags’ iOS 6 and Android Jelly Bean will still dominate through next year as the competition struggles to become further established. Microsoft’s Windows Phone and BlackBerry’s RIM are still faltering although in our look earlier today at smartphone platform market share we noted that Microsoft Windows Phone devices could gain some users as people start to look at other options to Android and Apple following the ongoing court dispute between Samsung and Android.

A Microsoft/Nokia event is taking place right now with new Windows Phone 8 smartphones looking set to be revealed. Windows Phone 8 has additions that will please business users concerning security and management and if any other operating systems make a big gain it’s likely to be Windows Phone 8. We don’t imagine this will all happen really quickly though so in 2013 there’s likely to be continued popularity for Android and iOS. On the other hand we’ve all been waiting for news on RIM’s BlackBerry 10 operating system but this seems to be facing delay after delay and has now been deferred to sometime around April 2013, which doesn’t exactly instill confidence. 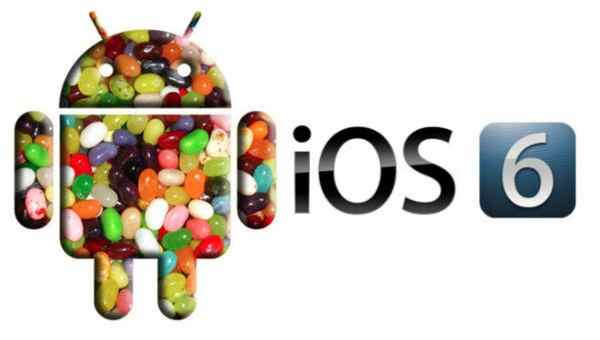 Another thing to recognize is that iOS 6 and Android 4.1 Jelly Bean will be usable on some previous devices but for BlackBerry 10 or Windows Phone 8 all new hardware will be needed and it feels as though they are very much still trying to find their feet. All will become clearer as further details are announced but due to this uncertainty many customers may prefer to stick with the Android or iOS platforms that they know. As InfoWorld points out then, just as two operating systems, Microsoft’s Windows and Apple’s Mac OS/ OS X, have dominated the PC market since the 1980’s, it now seems that Apple’s iOS and Google’s Android will dominate the mobile market over the next few years with the most likely challenge coming from Microsoft’s Windows Phone platform.

We’d really like to know the thoughts of our readers on this subject. Do you also feel that the iOS and Android platforms are becoming stale and ‘boring?’ Maybe you are quite happy and prepared for these two platforms to continue ruling the proverbial waves? Send your comments to let us know.