Nokia and Microsoft may be hoping for big things for the upcoming Nokia Lumia 920 that will run on the new Windows Phone 8 operating system. It was revealed last week in a joint event and a blaze of publicity but has received a rather mixed reception. It may have been better if Nokia and Microsoft had taken more time over the launch though, as a recent report suggests that rushing the Nokia Lumia 920 out has brought problems.

Although the Lumia range is stylish we have already noted that the new Lumia 920 that so many were expecting big things of, somehow seems to lack the wow factor. Nokia and Microsoft could have made a big mistake introducing the Lumia 920 early as the press event lacked those all important details that consumers most want to hear, a release date and price (although we’ve since heard rumors). It’s likely that Nokia and Microsoft felt rushed into the big reveal of the Lumia because of the impending announcement at an Apple event on Wednesday September 12 that will introduce the iPhone 5. We all know that an iPhone launch is one of the biggest moments of the technology calendar and so you can understand that Nokia may have wanted to get the Lumia 920 some publicity before the iPhone 5 launch overshadowed it.

However this could have backfired for Nokia and Microsoft as being too hasty with an unveiling event for the Lumia 920 may have put off some potential customers, especially when not enough information regarding essential details was forthcoming. Indeed PC World refers to the premature debut of the Lumia 920 as a “public relations black eye” and makes the good point that rushing out its announcement before Apple looks rather desperate, rather than a move “from competitors who feel confident that their latest product meets or beats whatever Apple can bring to market.”

The lack of release date and pricing for the Lumia 920 could be a real error on the part of Nokia and Microsoft as one thing we’re sure to hear at the new iPhone announcement is full details of availability and price. If there’s one thing consumers don’t like it’s hanging around waiting for these details for an upcoming product and they could easily be tempted to another device that they have full information for. 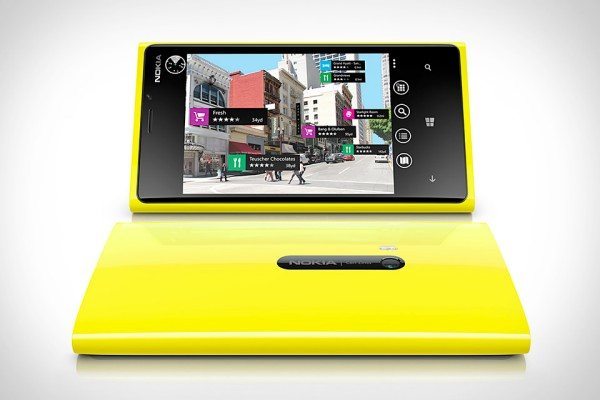 Another problem from the rushed launch was a demo of photos and videos, which were purported to have been taken with the Lumia 920 but were later found to have been faked. Nokia issued a statement regarding this admitting that the video “simulates what we will be able to deliver with OIS (optical image stabilization),” and conceded that it should have posted a disclaimer. However this is likely to cause another problem for the Lumia 920, as consumers never like to feel as though they’ve been duped and it could dent confidence in the product. The sad part of this is that faking videos and photos needn’t have happened as tests carried out by The Verge after this became public knowledge found that the Lumia 920 camera with its PureView technology out-performed other top-notch handsets it was compared with.

It’s a real shame then that as stylish-looking as the Lumia 920 is, trust in the product and the desire to buy could have been dented by hurrying out its first showing. We may never be able to tell just how many sales many have been lost because of this but it seems more than likely that at least some consumers will look elsewhere because the debut of the Lumia 920 was tarnished.

We’re interested to hear your thoughts on this. Have you been waiting for the Lumia 920 and if so are you still impressed enough that you want to purchase it? Maybe the untimely announcement with lack of details and faked video has put you off and you are thinking of another smartphone instead? Send us your comments to let us know.