As expected the iPhone 5 finally made its grand entrance today at a much-awaited Apple event. The new smartphone is likely to be another whopping hit for Apple and has been very well received so far. It’s always interesting though to see details of the first hands-on experiences to get a real idea of how good a new phone is and a new hands-on report shows massive changes for the iPhone 5.

We’ve already given release and price details for the iPhone 5, the first news and also a comparison of specs against the iPhone 4S but now a firsthand look at the brand-new iPhone has come to our attention and it seems that when we all get our hands on it we won’t be disappointed. Following the event in San Francisco the team over at Engadget were allowed some time with the iPhone 5 and seem highly impressed with it, describing it as a “beautiful thing.”

It’s reported that the new larger 4-inch elongated display hasn’t made too much difference to the feel of the iPhone and that’s something that will please many people who had heard about a larger display and had concerns over the handset becoming too big. After all not everybody wants a smartphone the size of the Galaxy Note 2. The metal finish earns praise and the whole device is said to have a premium feel. There are minor changes to elements such as the position of the headphone port but nothing too difficult to adjust to.

The new smaller Dock Connector that was widely rumored has indeed turned up, meaning some previous iPhone accessories will now require the use of an adapter. A notable achievement considering the amount packed into the phone is that it’s lighter and slimmer than its predecessor, despite the fact that it’s longer in length. Apple describes the new 4-inch screen as “the world’s most advanced display” and sure enough this also earned high praise. 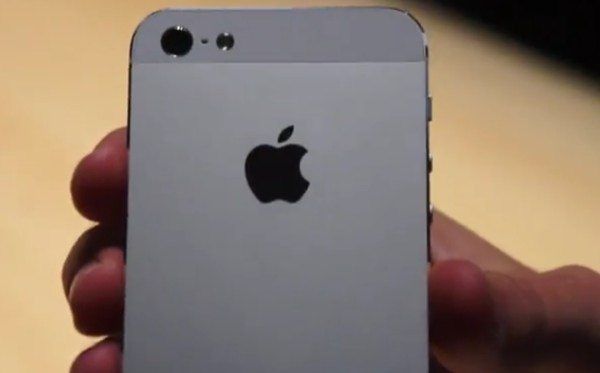 Meanwhile turning to the new A6 processor, which Apple describes as twice as fast as the A5 dual-core in the iPhone 4S, this will no doubt be the subject of many tests but in Engadget’s time with the iPhone 5 they noted it was definitely faster and also smoother. Add to this the fact that it will launch on iOS 6 and it looks like Apple has another huge winner on its hands. Engadget also put together a video of the hands-on look at the new iPhone and we’ve embedded it below this story so that you can take a look for yourselves.

We’d like to hear your comments about the iPhone 5. Are you pleased with what you’ve heard so far about the upcoming iPhone and will you be one of the first in line on launch day? Alternatively is there anything about it that you would prefer to have been different?