The iPhone 5 is now available and many consumers have opted out on buying the new Apple smartphone. We have talked to the public and of course our readers AND ASKED if they will be buying the new iPhone 5, or will they choose another handset on the UK market.

We actually thought many different smartphone names would pop up, giving a notable difference in names such as the Samsung Galaxy S3, some said they wanted the Nokia Lumia 920, and of course other names were mentioned, but this was not the case because the same name was mentioned more than any other device. The same name was the ‘Samsung Galaxy Note 2’; it was this device that got the most attention.

Yes we asked the question “Will you be buying the iPhone 5 or have you already got it?” we only asked 140 random people but the answers were very interesting indeed. Only 25 of these said they are getting the iPhone 5 with only a mere 10 saying they have already got it. A staggering 86 of those we asked said they want the Samsung Galaxy Note 2 when it releases in the UK, the other 19 said other phones. OK, yes we might have asked a select number, but we asked people at random and this is not something you can have as hard solid evidence. The iPhone 5 is selling in the millions, in fact 5-million have sold worldwide in the first weekend, but we are concentrating on those in the UK.

The Galaxy Note 2 will debut in the UK Monday, October 1, it is this 5.5-inch display that seems to have won the hearts of the masses and we will be right here watching hard on how well this hybrid device sells against the iPhone 5. The first Galaxy Note did very well exceeding more than 10 million devices sold globally, and we can see the successor doing very well in the UK. 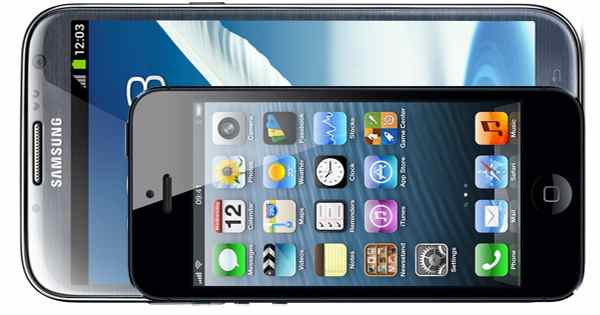 We have not had the official UK release date but pencil in October 1 or thereabout. There will be three GB versions that include 16, 32, and 64GB, Phones 4U have listed this device with a release date of October 2, they have also listed contract prices as well that you can learn more about here.

Retailer Clove have listed their price at Â£528 for the 16GB SIM-free version, O2 will have it with many tariffs etc, but one that stands out for O2 is the 24-month O2 plan that gives you the phone for free and comes with unlimited texts, unlimited calls, and 1GB of data priced at Â£41 a month, obviously we will give you full price details nearing the release date.