Nokia Lumia 920 with Telstra and 820 with Vodafone and Optus

Microsoft and Nokia are busy gearing up for the launch of the Windows Phone 8 operating system, and with it the Finnish mobile phone manufacturer recently unveiled the new Lumia range of handsets that will run the software. It has now been announced that the Nokia Lumia 920 will be available on Telstra, and the 820 will be with Vodafone and Optus in Australia.

The news was announced today with Telstra adding the Nokia Lumia 920 to its range of smartphones, while both Optus Business and Vodafone users will have access to the affordable but feature rich Lumia 820 handset.

There will be a number of retailers stocking the two handsets, and Steve Lewis from Nokia stated that retailers and carriers are getting behind the smartphones. He claimed that “many consumers and businesses have already made the switch to Nokia Lumia and with the new range, we believe many more will follow suit”.

Nokia’s Lumia 920 will be the first smartphone from the company that will offer support for the 4G network of Telstra, and the handset also has the latest Nokia PureView imaging technology such as the floating camera lens. This allows the unit to capture five times more light than rival smartphones, which enables users to take photos without always using a flash. 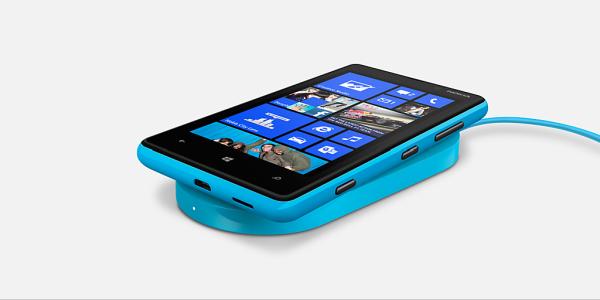 There is also the built-in wireless charging feature with the added bonus of the augmented reality tool, Nokia City Lens, which has been added to Nokia Maps along with improvements to Nokia Drive. Meanwhile the Lumia 820 is a cheaper alternative that is still packed with features and a promised top end performance experience.

This offers users the chance of using the exchangeable shells that can add different colours as well as features such as wireless charging, and underneath the shell there is even room to insert a microSD card. The two handsets have support for all the networks in the country that includes dual carrier and 4G. Full pricing and availability will be announced by the end of next month, and at the launch a full range of wireless Nokia accessories will be available.

These include the JBL PowerUp Wireless Speaker as well as the Nokia Purity Pro Wireless Stereo Headset from Monster. There will also be the Nokia Wireless Charging Plate and Stand that enables the two devices to be charged without the need of wires.

Will you be getting either one of the new Nokia Lumia handsets?