While there are many Android owning consumers looking forward to their device being updated to the Jelly Bean operating system, there are still a lot of devices still waiting for Ice Cream Sandwich to arrive. Now though the official Android ICS update has started to hit more of the Sony Xperia range with new features added.

Sony seem to be pretty busy recently as earlier this week we told you that the Xperia ion on US carrier AT&T was getting updated to ICS, and now according to the Android Authority the Sony Xperia U, Xperia Go, and Xperia Sola are now getting the official Android Ice Cream Sandwich update.

The company earlier this month confirmed the ICS update for the Xperia U would begin rolling out in the coming weeks and true to its word has begun pushing out the new software. Owners of the devices should start receiving the notification that a software upgrade is available, but if that is not the case it’s just a matter of waiting as the various carriers ok the update.

Otherwise users can always check for the updates availability themselves by clicking the About Phone option found in Settings. The three handsets will see some new Sony Walkman apps for pictures, music, and videos, and the extended standby mode will provide an improved battery life while the handset is in standby. 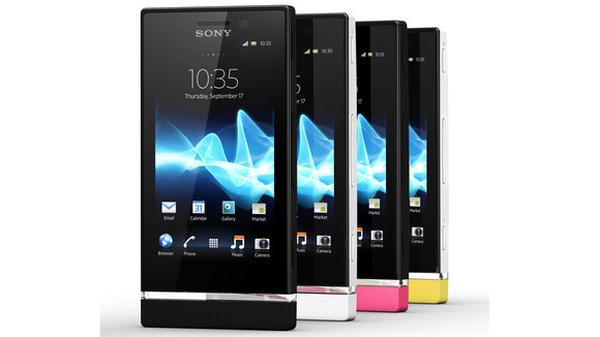 There is also an improved lock screen, re-sizable widgets, apps button, and enhanced control of data consumption. Owners of the Xperia Sola get the nice option of being able to use the handsets touchscreen with gloves, which is great timing considering we are fast approaching winter.

The feature is called Floating Touch that allows owners to control the handset without touching it, and currently is the only Android device to have the feature. Unlocking the screen with the feature the handset will automatically start the Glove Mode, and then you can control the Xperia Sola no matter what you are wearing on your hands. Below we have embedded a video of the feature in action for your viewing pleasure.

Has your Sony Xperia device received Android ICS yet?