The Samsung Galaxy Note 2 (Note II) smartphone is one of the most avidly awaited smartphones of the year, at least in the U.S. that is. Fortunate consumers in some other regions such as the U.K have already seen the release of the Galaxy Note 2 and once again this has left potential US customers gnashing at the bit to get hold of it. Today we want to look at forecasts for the US release dates of the Galaxy Note 2 on various carriers including Verizon and AT&T.

It’s not the first time that US consumers have had to wait longer for a new Samsung device than those in the UK or other countries as exactly the same thing happened with the Galaxy S3 and the original Galaxy Note as well as other products so you can imagine that plenty of people in the US could feel rather frustrated at this. Although one carrier, AT&T, has officially announced it will be carrying the Galaxy Note 2 the only release information forthcoming was that it would be available ‘later this year.’

However we do know that variants of the Galaxy Note 2 have passed though the FCC for different US carriers which is usually a good sign of a release sooner rather than later. There are other clues for predicting release timeframes too. For instance another thing we know is that an event likely to be for the launch of the Samsung Galaxy Note 2 in the US is scheduled to take place in New York on October 24. We would expect to hear release details for US carriers at this event and as everybody already knows all the details of the actual phone as it has already launched elsewhere, this event is likely to be to drum up publicity for an imminent release. After all what would be the point of a big hurrah for the phone if a release wasn’t coming until weeks later.

Over on Gotta Be Mobile, expectations for US release dates for the Galaxy Note 2 are also discussed and they point out that the Galaxy Note 2 will be launched on all four major carriers, AT&T, Verizon, Sprint and T-Mobile as well as U.S. Cellular. Going back to the Galaxy S3 (S III), the release in the US again came several months after the release elsewhere but of all the carriers to launch it stateside, US Cellular was one of the last. Apparently US Cellular has already confirmed that it will be releasing the Galaxy Note 2 in October. As the event is only one week before on the 24th there’s only a week left until the end of the month. Therefore if US Cellular is one of the last again, it looks highly likely that it will launch on the other carriers very shortly after the unveiling, maybe on that date itself. 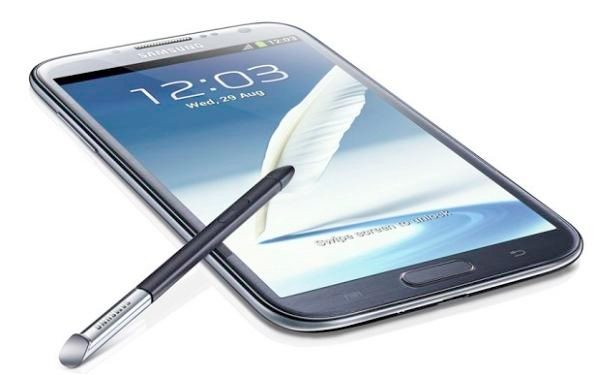 Also if the Galaxy Note 2 follows the same launch pattern of the Galaxy S3, the multiple US carriers had their own launch plans with independent release dates. If this is the case this time around we could see releases follow on a number of consecutive days after the event on the 24th. Another thing to consider is that even if the Galaxy Note 2 doesn’t release within the few days after the event, it’s still likely to come early in November as nobody will want to miss out on the lucrative holiday season.

One thing we do know is that there is likely to be a huge demand for the Samsung Galaxy Note 2 when it does finally hit shelves in the US. There has been a huge amount of interest in this smartphone and of course the original Galaxy Note was a massive success. We also know from readers’ comments to our many posts on the Galaxy Note 2 that there’s a lot of anticipation and excitement building up for its US release and of course we shall bring you further developments on this as we hear them.

Meanwhile we’d like to hear your thoughts on the Galaxy Note 2 for the US. Are you one of the many eagerly waiting for this phone? Are you frustrated that once again US consumers have to wait longer, or maybe you’re not too bothered as long as you get your hands on it soon? Send your comments to let us know.