The rumored upcoming iPad mini is being widely discussed at the moment with speculation of a release in the next few weeks. We’ve been bringing readers all the latest developments on the smaller iPad for some time and today we have details of some new photos appearing to show a prototype. Also we recently told of the huge demand that was likely for an iPad mini but latest news seems to cast doubts on how much demand there will actually be.

Yesterday it emerged that the new iPad mini may be WiFi-only and we’ve also shown some previous renders of the tablet. The new photos of a scaled-down iPad were posted on Twitter and Instagram by someone named Sonny Dickson who happens to be a 9to5Mac researcher, and one of the photos shows the new smaller Lightning dock connector that recently appeared for the first time on the iPhone 5. All of the new photos only reveal the back of the device but nevertheless plenty of people seem pretty excited that this is an accurate representation of an iPad mini prototype.

The new photos were brought to our attention by NYDailyNews, which also points out that although some analysts feel an iPad mini would be a serious threat to competitors, others think that the device won’t appeal to Apple consumers. We recently discussed how demand for the iPad mini would be huge and how Apple has reportedly ordered more than 10 million units but a new report on PC Mag is rather more skeptical about the predicted demand following a survey from TechBargains. 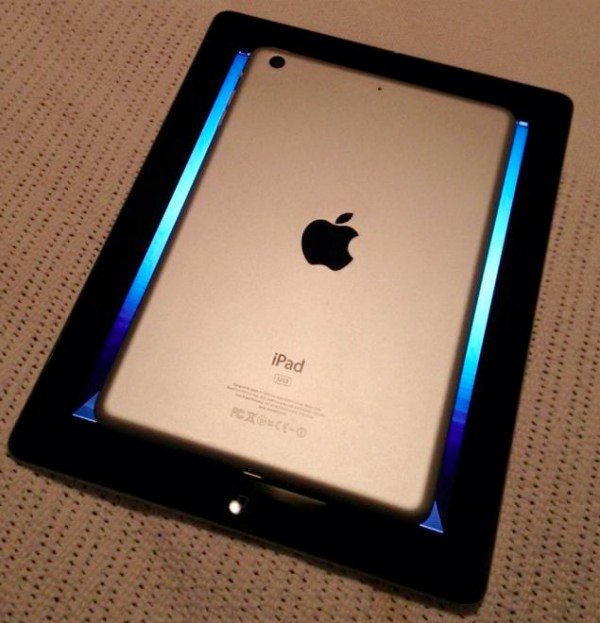 Only 18% of the 1,330 August survey respondents said that they were preparing to purchase the iPad mini when it launches against 45% who were planning to buy the iPhone 5 (not released at the time of the survey). Before the new iPad launch earlier this year the amount of people planning to purchase it was 48%, casting doubts on the amount of demand there will really be for the smaller iPad. Although many of us these days expect virtually any new Apple product to be an overwhelming success it seems that’s not so cut-and-dried.

President and editor-in-chief of TechBargains, Yung Trang, also revealed that 50% of respondents said they had no iPad mini interest while 32% said they had not decided. It seems that the majority of those who weren’t interested in the iPad mini felt they didn’t need a smaller tablet, particularly if they were already iPad or iPhone owners. Of the 18% aiming to purchase the iPad mini, 14% said that they intend to join the usual lines at stores on launch day so although demand may not be as high as anticipated, it’s likely to at least look as though there’s plenty of desire for it.

Hopefully we won’t have to wait too much longer until we have further news on the iPad mini but in the meantime we’d like to hear from readers about your own thoughts on it. Are you interested in purchasing one as soon as they become available? If not, is this because you already have an iPad or maybe you prefer a smaller tablet from one of Apple’s rivals? Send your comments to let us know.