If you’ve been following developments about the LG Optimus G that will be available in the US on both AT&T and Sprint then we have some welcome news if you’re hoping to get one soon. Details for the release on AT&T have just become available and it will be launched on November 2. We also have the information you need regarding price and pre-orders for this smartphone.

The LG Optimus G is attracting a fair amount of attention right now and while we still don’t have release news if you want this phone on Sprint, we do at least have all the gen for the AT&T variant. Apart from that November 2 release date we can tell you that pre-orders for the LG Optimus G on AT&T open tomorrow on October 16. This is official and the price of $199.99 on the usual two-year contract has also been confirmed. There are a lot of people interested in this handset, which has some top-notch specs and we think it looks likely to fly off the shelves once it arrives.

News of the confirmed AT&T release details of the LG Optimus G comes to us from The Verge and one of the only drawbacks to this smartphone seems to be the likelihood that it will release running Android ICS rather than the latest 4.1 Jelly Bean. However it does look likely that the update to Jelly Bean will be pushed out as swiftly as possible so that might not deter too many people from making this their next smartphone purchase. In fact we learned yesterday that the Jelly Bean update is due in December. 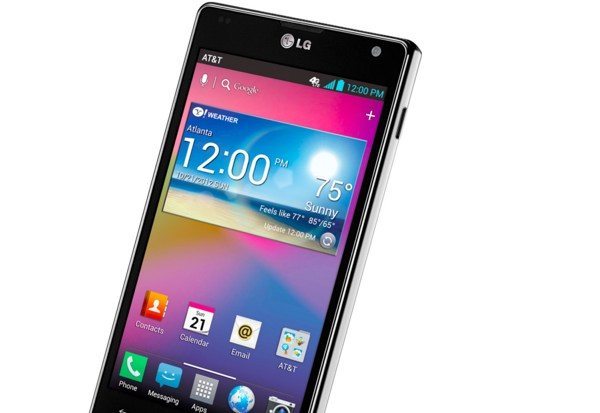 Other specs of the Optimus G include a 1.5GHz Snapdragon S4 Pro quad-core processor, 4.7-inch IPS display with resolution of 1280 x 768, 2GB of RAM, 32GB of internal storage, a 2100mAh battery and also an 8-megapixel rear camera. If you want to see more of the Optimus G then check out our article from yesterday showing a video of the phone.

We’d like to hear from readers regarding the LG Optimus G. Are you intending to purchase this handset as soon as it becomes available? If so, what is it about the Optimus G that made this your choice over other devices such as the Samsung Galaxy Note 2? Let us have your comments.