Samsung vs Apple tablet battle, the fruit decays for once

We’re sure many of you have been following the long drawn out legal patent battles between Apple and Samsung and will know that Samsung recently lost a major patent litigation case against Apple in the U.S. Many other cases are still ongoing and today we have heard that in the UK at least the fruit has decayed for once in the Apple vs. Samsung tablet battle, as Apple has lost an appeal against Samsung.

The case originally concluded in July when a judge at the High Court in London ruled that Samsung had not infringed Apple’s design rights with its Galaxy Tab tablets. The judge felt that the look of Samsung’s Galaxy Tab devices was not “cool” like Apple’s iPad, the design of which he described as “extreme simplicity.” Apple was ordered at the time to run advertisements expressing that Samsung had not copied its designs in publications such as the Financial Times, Daily Mail, T3 and others and also told it must run an statement on the Apple website saying that Samsung had not infringed Apple rights in this case and linking to the judgement.

Now the appeal judges have turned down Apple’s appeal against the judgement so Apple still have to run the ads although the company has been told the statement on its own site needs only to be run for one month and could be as inconspicuous as providing a Samsung/Apple judgement link. BBC News reports that the reason the appeal was not overturned is that another similar Apple legal design-rights battle is currently taking place in Germany and so the appeal judges did not want to confuse the consumer by complicating things further. 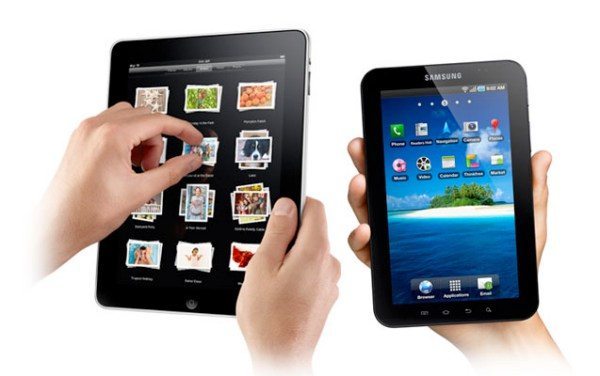 As you might expect Samsung has welcomed the ruling and mentioned the possible harm to innovation in the mobile industry and limitations of choice that could occur if Apple continues to make “excessive legal claims.” Apple on the other hand, still has the right to appeal with the UK Supreme Court and so far has declined to comment.

Although Apple has now been successful in many recent legal claims such as the one we reported on here, where Samsung had to pay a fine of over $1 billion to Apple, it has not been so fortunate with claims relating to the iPad. Apple has now lost tablet cases against Samsung not only in the UK but also the Netherlands, the US and Australia despite on occasion winning temporary sales bans. You may also be interested in how Samsung has recently added the iPhone 5 to a list of products in the ongoing litigation against Apple in the US.

We’d like to hear from you regarding these ongoing patent litigation battles concerning not only Apple and Samsung but other major mobile manufacturers too. To be frank we wish they could scrap all the many outstanding lawsuits and start again from fresh but of course that will never happen. Send your comments to tell us where you stand on this?