It is always good to see what will come in the future, and we are hoping that around March 2013 we will get a new smartphone from Sammy. Yes we are going to talk about the new and hopefully what will be released Samsung Galaxy S4 and what we can expect to see spec wise. There will be many rumours flying around and we would like to see if any of these do come true, we all know that the Galaxy Note 2 and of course the Samsung Galaxy S3 are very popular handsets, but we need something in between but with greater specs than these beasties.

What will we get under the hood of the Samsung Galaxy S4? Well let’s start with what DDaily.kr via Sam Mobile are suggesting, of course powerful specifications are a must and to kick things off it has been suggested the Galaxy S4 will come boasting the Exynos 5450 processor, which will be based on the Cortex A15 architecture, now comes the best bit because it will be clocked at a stunning 2.0GHz.

The Samsung Galaxy S3 boasts the Exynos 4412 quad-core processor, and this clocks in at a cool 1.6GHz, so to have 2.0GHz would be titillating to say the least. The new SGS4 could possibly come boasting 3GB of RAM in 2013 and this is not really going above its potential, this could be what we call realistic in terms of specs.

We here at Phones Review have a wishlist when it comes to new specifications and features, and we would love to see the Samsung Galaxy S4 getting the above, but to be more realistic seeing as the Galaxy S3 has 1GB of RAM so 3GB on the S4 seems a little high so how about the Galaxy S4 coming with 2GB of RAM instead?

A few ideas that could become reality for the Samsung Galaxy S4: 5-inch to 5.2-inch Super AMOLED 1080p display would be a great start as this puts it in between the SGS3 and SG Note 2, as well as a 3MP front camera, 12MP rear-facing camera would be ideal, ok this is stepping it up a little but how about 64GB and 128GB storage options only, hello Flash storage. 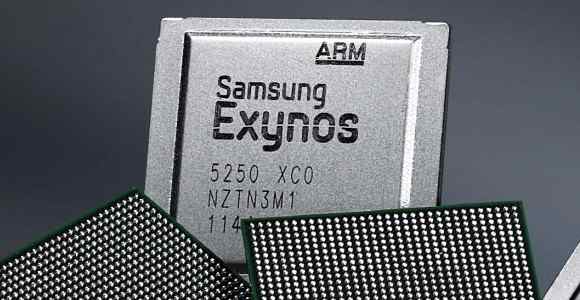 Practical wireless charging, 3500mAH battery, we think that Samsung should change up the design, make it more evolutionary to look at and to hold. When it comes to operating system options we know that the Samsung Galaxy S3 in the UK now has Android Jelly Bean 4.1.1 and the Galaxy Note 2 also has Jelly Bean, so the S4 really needs to come with Key Lime Pie upon release. There are many other specs running around in our heads such as edge-to-edge display, scratch and dust proof, two speakers instead of the one, not too sure if the Galaxy S4 should come with a 3D display but it could be an option if requested, maybe LTE, what do you think?

We have had a few readers mention the likes of a holographic display, better WiFi; these are some of the features that would make this the best phone on the market by far. We have been playing around with the Samsung Galaxy S3 and the Samsung Galaxy Note 2 for a few weeks now and will be doing many hands-on reviews, but we do need to think about a new smartphone, and we believe the Samsung Galaxy S4 is the next step in the right direction for Samsung.

Please do have your say in the commenting area provided below.