In recent weeks a couple of possibly serious issues have come to light regarding the hugely popular Samsung Galaxy S3, which included a security flaw affecting the handsets Exynos processor and more recently reports of handsets suddenly dying. We can now report that a Samsung Galaxy S3 firmware update has arrived for users in the UK that could fix both of these issues with the smartphone.

Only yesterday I was checking for software updates via the handset and was met with the same “Access to the software update service is provided to users in the order in which they are requested” message that was shown when recently updating the device to Android 4.1.2 Jelly Bean. This raised my hopes of an early release of Android 4.2 Jelly Bean for the Galaxy S3, so I decided to check for updates via the Samsung KIES desktop application.

As soon as the application was opened with the handset connected to my laptop I was met with the message that can be seen in the image above. The procedure of downloading and then installing the new software onto my Galaxy S3 took around ten minutes, and after booting the handset back up no obvious changes could be seen. 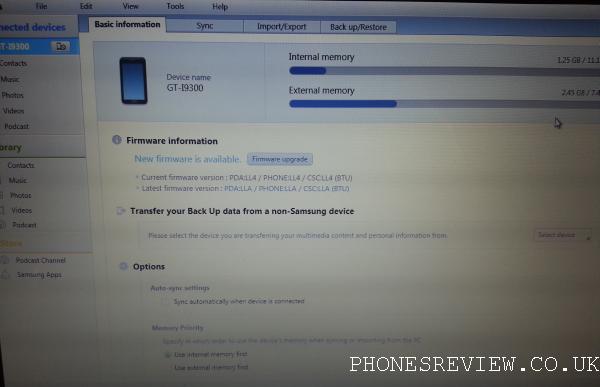 Upon checking the software information on the device it had the build number of JZO54K.I9300XXELLA, which compares to JZO54K.I9300XXELL4. It was obvious this was only a minor firmware update, but it seems that Samsung has provided a fix for the Exynos security flaw that we first reported about last month.

There is also a chance that the new firmware update for the Samsung Galaxy S3 may fix the more serious ‘Sudden Death’ issue that is affecting some owners of the 16GB version of the handset. This issue first came to light late last year and seems to becoming more widespread with more and more owners reporting being hit by the problem, and recently a fix was promised by Samsung. 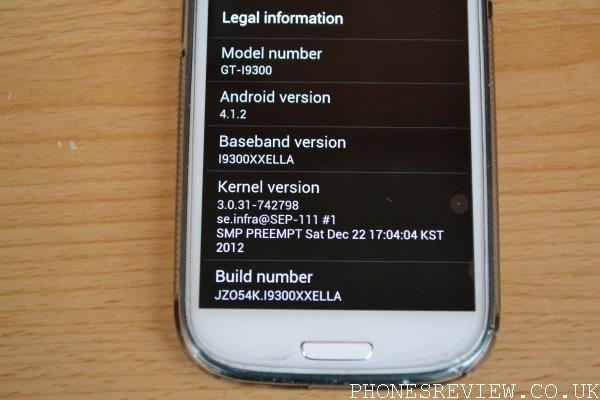 Obviously Samsung has sold a massive amount of the handset and currently the sudden bricking of handsets seems to be only a small percentage, but that is little comfort to those that are unfortunate enough to have lost their smartphone to the problem. The company is mainly repairing the handsets under warranty but many would have lost important data as well as the inconvenience of having no phone while it is repaired.

Hopefully this new software will prevent any more handsets breaking down and there will be no further problems especially in the coming months when warranty’s run down, but at the time of writing we don’t have any information on when the firmware update will reach other regions, so it’s a matter of keep checking for it via the handset or KIES.

Our example of the Samsung Galaxy S3 is an unlocked version so the various carrier models may have a bit longer to wait. Have you received the latest firmware update on your Galaxy S3 yet?