When it comes to smartphone display sizes we have to say it is getting to the point of “Ridiculous”, on the market at the moment is the stunning Samsung Galaxy Note 2 at 5.5-inches, now for us that is perfect for using as a phone come tablet. Now there are reports of a new Sony Xperia 6.44-inch HD display; and yes we said six point four-four inches.

In the image below you will see a glass panel that is according to Digi-wo (Translated) 6.44-inches, it seems to be missing capacitive navigation buttons and the display looks like it will be edge-to-edge.

So does this mean that Sony will be releasing a new Xperia phone this year with a super-sized screen?

Smartphone screen sizes are leaving the word ‘phone’ behind and will become none other than ‘Smart Devices’, we here at Phones Review have been saying for years that the word phone will fizzle out, we say in time they will all be called smart devices or mobile devices. Come on now, how can you call it a phone with a 6.44-inch display?

Sizes are entering the world of the phablet rather than a smartphone, the Samsung Galaxy S3 took the world by storm with its 4.8-inch, and then came the Galaxy Note 2 with a 5.5-inch screen. New kids on the block coming soon is the Huawei Ascend Mate measuring a cool 6.1-inches, earlier on today we reported about the Samsung Galaxy Note 3 apparently coming at the end of the year with a 6.3-inch display, and to top it off to beat all of them is a new Sony Xperia handset with a 6.44-inch screen. Oh, and let’s not forget the rumoured Nubia Z7 with a 6.3-inch 1080 display. 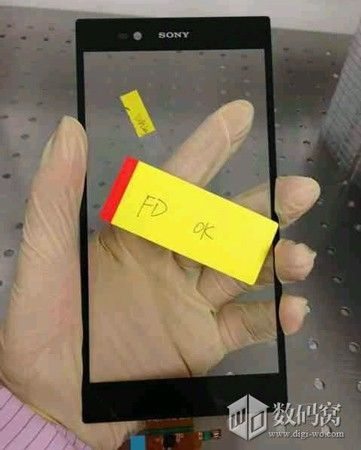 There are no other details about the Sony display, which means we will have to sit back and wait patiently, what is the perfect smartphone display size for you?