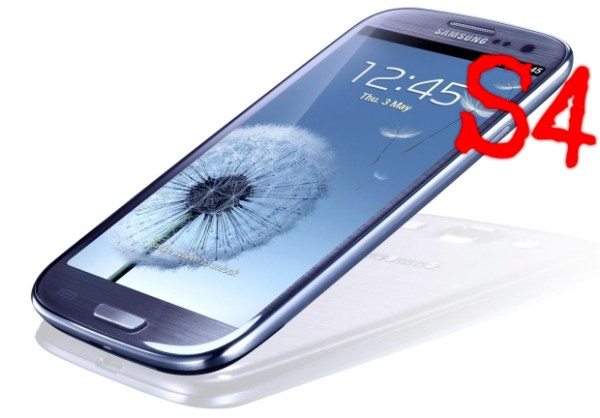 Talk of the Samsung Galaxy S4 (S IV) is becoming more prevalent every day as we edge closer to its expected April release. We’ve already posted articles about expected features, leaked specs and insights about the Galaxy S4 and today we’re turning our attention to the consequences of the incoming S4 for the existing Galaxy S3.

Several days ago we posted a specs comparison of the Galaxy S3 vs. Galaxy S4 and discussed whether purchasers should buy the Galaxy S3 now or wait a little longer to see what the Galaxy S4 would offer. We should point out that at this stage nothing about the Galaxy S4 has been confirmed. However many leaks have been widely reported and given us some idea of what to expect so if you want some clues on what the S4 will offer then you may want to check out that article here.

Rather than a specs comparison though, today we’re turning our attention to what the arrival of the Galaxy S4 will mean for the Galaxy S3. The Samsung Galaxy S line has always been hugely popular but this time around the hype building for the Galaxy S4 seems to be even greater than usual. Anthony Scarsella, Chief Gadget Officer for Gazelle.com spoke to Gotta Be Mobile about this and talked of the “upgrade frenzy” that is likely to occur with the launch of the Galaxy S4. Scarsella forecasts that the Galaxy S4 will be so popular that many current iPhone users in the U.S. will switch to the Android platform on the release of the S4.

He went on to say that while the S3 set worldwide standards for Android devices, the S4 is likely to offer a “best in class” experience. One prediction that Scarsella makes about the build of the Galaxy S4 is that it will have a premium-feel design and be slimmer than the S3. One of the only criticisms of the Galaxy S3 was the rather cheap-look plastic that was used for the casing. As well as this he feels that the latest Apple iPhone, the iPhone 5 is only on a par with the existing Galaxy S3 and so the Galaxy S4 will be a superior device to not just the S3 but also to the latest iPhone.

It makes sense that according to Scarsella the Galaxy S3 will be the subject of more sales and discounts the closer we get to a release of the S4 so if you’re not sure you’ll need everything the S4 will bring and still want to purchase the Galaxy S3, the longer you can wait the better deal you are likely to get. Carriers are likely to want to clear out existing stocks of the S3 so we could see some really competitive deals. Apple already reduces the price of current iPhones when a new one releases and the Galaxy S3 could go down to a really budget price or might even be free on contract.

Consequences on trade-ins also come in for attention and it’s noted that Gazelle is already seeing more Galaxy S2 and S3 trade-ins and expects these to “skyrocket” the closer we get to a Galaxy S4 release. If you want to trade-in then you are likely to get more the sooner you do so, as more and more owners will decide to trade-in when the Galaxy S4 comes out, making current models worth less and less.