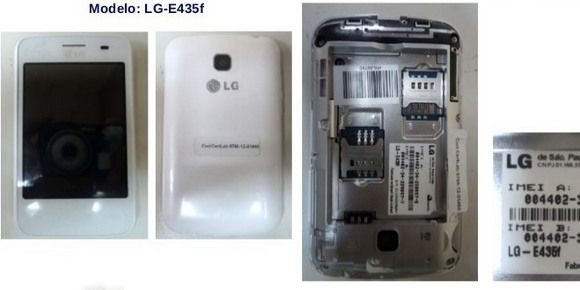 LG is stepping into full motion at the moment and they will be at MWC 2013, they are preparing in the hope to release a number of new devices this year and today we can reveal that there are new LG Optimus L3 II perceived photos before the teased event.

We have already reported in yesterdays article that there will be a new campaign to promote the LG Optimus L3, L5, L7 and LG Optimus 2 handsets. However, today we want to let you know about new photos showing off what is supposed to be the LG Optimus L3 II. (Shown Above)

So the new L-Series is about to be announced and we will not have to wait that long either, the LG Optimus L3 will be an entry level handset featuring a 3.2-inch floating mass display as well as running on the Android Gingerbread OS. The new and not yet announced LG L3 II will feature a 3.2-inch WVGA screen, single-core Snapdragon CPU and a 5MP camera and will have the model name E435, there will be a single-SIM option with a model number of E430, so we are guessing the LG Optimus L3 and LG Optimus L3 II are two different smartphones.

These photos are not official nor is the information given above, so we are hoping the sources are correct, as soon as we know more we will let you know asap. We will also be following the MWC 2013 event, so we are hoping you will be with us.