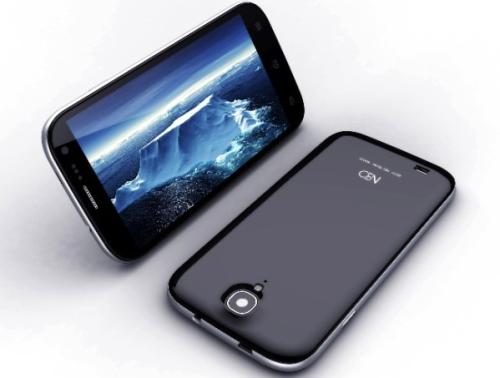 This year we are going to see the amount of 5-inch smartphones increase as this seems the size that a lot of manufacturers are settling on due to consumer demand, and today we have some news on the Neo N003 5-inch Full HD Android smartphone on a budget.

We last heard about the Neo N003 in February but at the time specifications for the device were sketchy, and since then some of the handsets features have changed especially the touchscreen display.

Previously it was thought the handset would feature a 5.3-inch 720p HD display, but now it has been confirmed the device will have a smaller 5-inch Full HD touchscreen display, and will be available for consumers soon in China for only 899 Yuan.

Other features are mainly the same as before as it will be powered by a quad core MediaTek MT6589 processor with a 13-megapixel camera on the back. There is also a 3,000 mAh battery unit providing the juice for that screen, but it is not known if the device will ever see the light of day outside of China.

There is also going to be another version of the handset released with even better specifications that is going to be priced at 1,499 Yuan, but at the moment it isn’t known how it will differ from the cheaper model. If the company were to ever release the handset in the western world the device would undoubtedly sell by the bucket load as not everyone can afford the Galaxy S4.