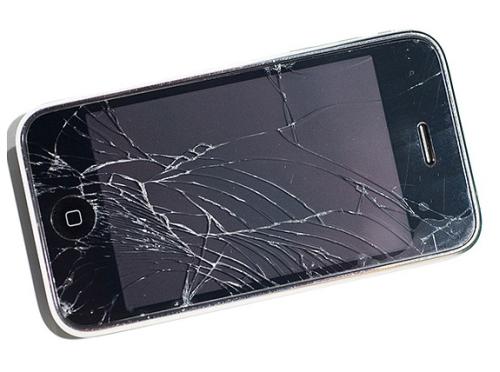 Smartphones now have beautiful touchscreen displays that are getting bigger all the time, but if you accidently drop your device there is a good chance the display will smash, but a new Apple iPhone patent has emerged that may prevent cracked screens in the future.

We have already heard earlier today that most new mobile phones are damaged within three months after first coming out of the box, but a clever new Apple patent may help prevent costly screen repairs in the future.

Apple may not have had so many innovative new ideas lately on released hardware, but if this latest patent ever sees the light of day it will certainly give rival manufacturers something to think about. The patent that has been discovered by AppleInsider is being called the “Protective Mechanism for an Electronic Device”, and basically can tell if the handset has been dropped and shifts the orientation of the device as it is falling.

The patent was originally filed back in September 2011, and may still be a little too involved to be seen anytime soon, but you never know it may make an appearance next year in the iPhone 6 that is already tipped to feature new display technology.

Would you like to see such a system in an iPhone?

One thought on “Apple iPhone patent may prevent cracked screens”