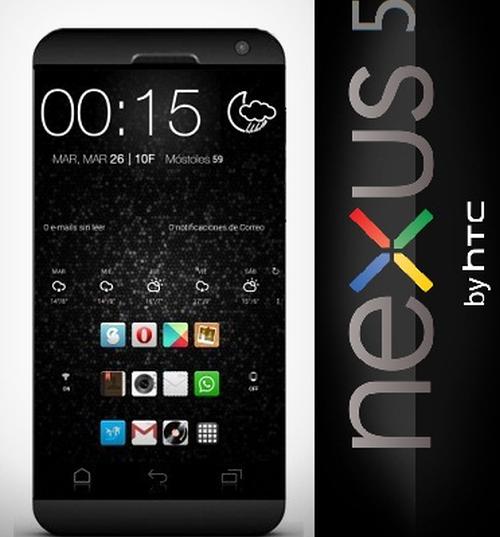 The Nexus range of Android hardware has always been popular among purists of the platform, but last year even more users got a taste of the benefits of owning devices such as the Nexus 4 and Nexus 7. There have been a number of rumours that other manufacturers may be designing devices for the range, and this HTC Nexus 5 looks amazing.

This image that you can see on this page is another Nexus 5 concept that seems to be growing in numbers as only a few days ago we had another impressive looking design for you. Today’s HTC Nexus 5 concept we have for you is by designer Suman Chatterjee courtesy of Concept Phones.

The idea of a new HTC Nexus 5 smartphone brings a design that features a 4.9-inch Full HD touchscreen display with almost no bezels surrounding it. Specifications come in using the Qualcomm Snapdragon 800 quad core processor that is running at 2.3GHz, and this is paired with 3GB of RAM.

Other features include either 32GB or 64GB of built in storage, 16-megapixel rear facing camera with autofocus, and a 3-megapixel front facer. There is a 2,800 Li-Polymer battery that is also removable and the physical buttons have been replaced by virtual ones.

There has been talk that LG could be responsible for the next Nexus smartphone and there is a good chance that we may hear some official news next month at the Google I/O event.

Would you like the Nexus 5 to be made by HTC?