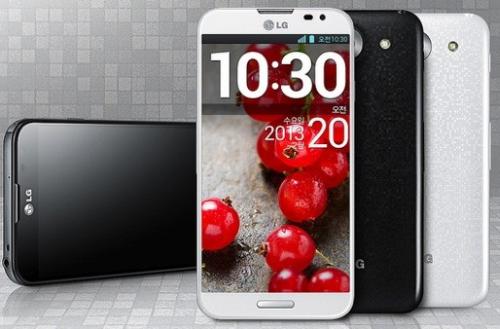 Smartphone manufacturer LG is looking to be taken more seriously in the smartphone market away from the Nexus 4 device that has proven to be extremely popular, and it is planning on doing this with the LG Optimus G Pro smartphone that is now being tipped for a release on AT&T soon.

Last week the Japanese version of the LG Optimus G Pro was released with the handset already down to become available overseas. It is now being claimed by sources talking to Android Central that the device will arrive on US carrier next month with a launch on the 10th.

The handset is down to be arriving at this time to compete with the Samsung Galaxy S4, but the date could yet be moved either way. The version that is set to release away from Japan is set to feature a 5.5-inch Full HD touchscreen display running on the impressive Qualcomm 600 processor that is running at 1.7GHz.

There is also 2GB of RAM along with 32GB of built in storage that can be doubled in size thanks to the microSD card support. Camera wise the handset features a 13-megapixel rear facing shooter, with a 2.1-megapixel unit around the front.

Powering the unit is a 3,000 mAh battery unit packed into a form factor measuring 139mm x 70mm x 9.9mm, and runs Android 4.1.2 Jelly Bean from the off. This is a powerful device that has plenty to offer and will be going up against the HTC One as well as the Galaxy S4.

What do you think of the LG Optimus G Pro?