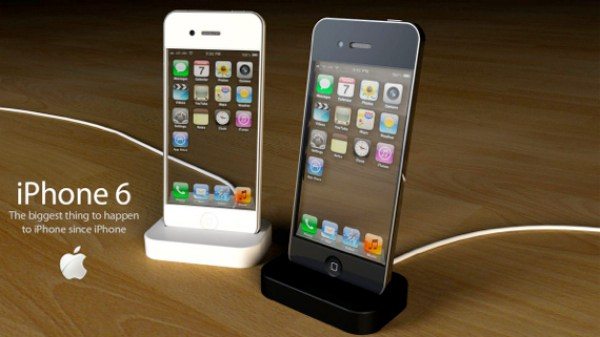 We’re still bringing you news and rumors on the iPhone 6 although as it’s some time away we cannot be sure about anything we’ve heard yet. However one thing we can be sure of is that some amazing visions have already come to light for iPhone 6 renderings, some impressive and others not so. Today we have an iPhone 6 imagining showing a transparent display and we have rather mixed feelings about this one.

Sometimes we like to share concept designs for upcoming phones with readers as they can present some ideas for how a certain device could look and what specs they could have, although some are more fanciful than others. As we all wait to see what the real iPhone 6 will offer, and indeed the iPhone 5S, we’ve seen some great concepts so far, the most recent of which you can see here and here.

Now a new envisioning has turned up from German designer Eric Huismann and the distinguishing feature of this concept iPhone 6 is that it has a transparent 4-inch HD screen. Other specs of Huismann’s iPhone 6 include an A7 processor, 10-megapixel camera with 1080p video capture, iOS 7 and 32, 64 or 128GB of onboard storage priced at $299, $399 and $499 respectively. This design is also 17% slimmer than the current iPhone 5.

We’re really intrigued with the idea of the transparent design but without seeing this idea in action it’s difficult to imagine the benefits. Transparent displays have been mentioned before for Apple iOS devices as you can see in this iPad concept. The advantages though of a see-through screen are touted as useful for navigation and exploration plus augmented reality but frankly we’re not sure whether these benefits would be as useful as some people seem to think and we wonder if this isn’t a case of doing something just because it can be done. 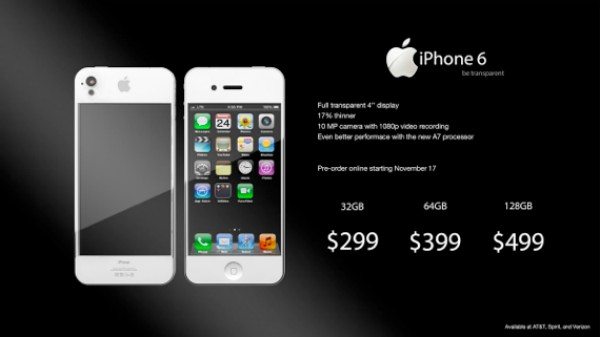 As you can see from the images above, the display itself is completely transparent with the top and bottom of the handset still opaque (areas where components would be packed in). The Apple logo has also been moved up on the reverse of the phone so that it sits in the opaque area. To be frank, although we like some elements of this design we’re not fully swayed by it as apart from the transparent display it all looks so familiar. This is why we’d like to hear from our readers with your views.

Do you like the idea of an iPhone 6 with a transparent display? What do you think the main advantage is of this type of screen? Would you rather see the iPhone 6 with a completely revolutionary new look? Let us know with your comments.