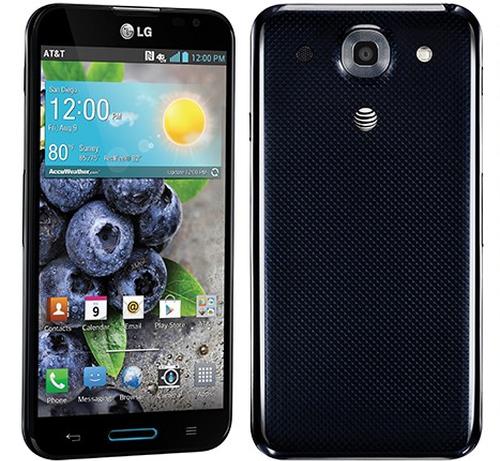 If you are in the market for a shiny new Android smartphone this year you are certainly being spoiled for choice with a number of desirable handsets becoming available or in the pipeline, and today the AT&T LG Optimus G Pro gets its official specs, pricing, and availability.

A few days ago the handset was leaked on the Internet that has now proved to be accurate, as the US carrier has now officially announced the handset with pre-orders kicking off soon on May 3rd online, and the handset becoming available one week later on May 10th.

The LG Optimus G Pro will set subscribers of the carrier back a cool $199.99 with a new two year contract, and for your money you get an Android smartphone touting a massive 5.5-inch Full HD IPS touchscreen display that provides 440ppi pixel density.

This is powered by the impressive Qualcomm quad core Snapdragon 600 processor that is also found in the HTC One, and clocked at 1.7GHz with 2GB of RAM. Elsewhere there is 32GB of on board storage that can be expanded by a further 64GB thanks to microSD card support, 13-megapixel Full HD rear facing camera, and a 2.1-megapixel Full HD front facer.

The handset will also be provided with the LG Value Pack that offers users such things as dual video recording and other eye tracking software. To find out more about all the software and hardware details of the LG Optimus G Pro head over to AT&T and check out the video we have embedded below.

Will you be getting this handset?