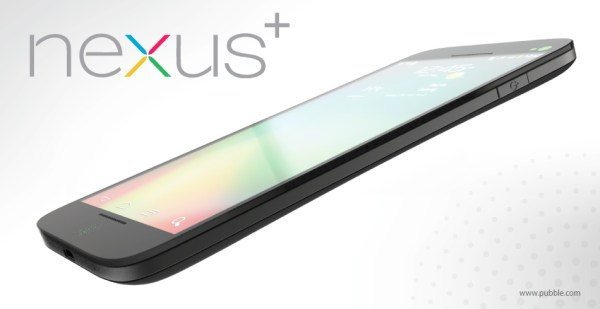 There’s a huge amount of intrigue at the moment about two upcoming Android devices, the Google Nexus 5 and the Motorola X Phone aka the Google X. We’ve been bringing you all the latest news on these two devices but while we wait for more we thought it would be interesting to give you a look at an envisioned Motorola Nexus Plus phone to see what you think of it.

The most recent news we’ve given readers on the Nexus 5 and Motorola X are a leaked image that could possibly be the Nexus 5 or another LG device and also a concept of a Google and Motorola X collaboration dubbed the XFON. This latest concept design comes from designer Cristophe Simeon who has imagined his creation as a budget Nexus smartphone.

His Nexus+ design is shown below and has capacitive pads at both the top and bottom of the handset for gaming and web surfing use. The build uses magnesium with a machined carbon fiber back and it also has secured glass for a tougher, resilient display. It appears to have a slim form factor and in fact Simeon provides a measurement of it being 8.5mm thick or thin, whichever way you want to look at it with other dimensions of 137mm x 67mm.

We think Simeon has come up with an appealing concept design and would like to know what you think. If the Nexus 5 or Google/Motorola X phone turned up with a design similar to this would you be pleased? Let us have your comments on this.

6 thoughts on “Motorola Nexus Plus phone envisioned with appealing design”