HP SlateBook x2 squares up to the Asus Transformer 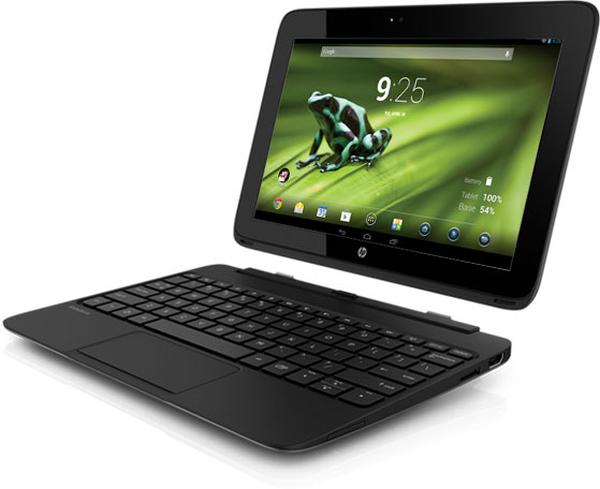 The Android tablet PC market is getting more crowded all the time with products to suit everyone’s needs and pockets, and today the HP SlateBook x2 has been officially announced as the device will square up to the Asus Transformer series of devices once it is released.

At the beginning of the month we heard rumours about the device coming from HP, which has seen mixed results from its tablet devices in the past as we will all remember what happened to the ill fated HP TouchPad.

Now shortly after making the Slate 7 available to consumers the company has announced its latest high end offering that brings with it a 10.1-inch Full HD IPS touchscreen display that is powered by the quad core Nvidia Tegra 4 power plant.

As you can see from the image on this page the device will be going up against the Asus Transformer series of devices as the HP features a detachable keyboard with each unit having its own power pack.

Other specifications include 64GB of on board storage along with that all important microSD card support, and will ship running the Android 4.2.2 Jelly Bean operating system. The device is listed with a starting price of $479.99 but it’s not clear if this includes the keyboard or not, and is down to be available in August.

The device has some worthy specifications so may appeal to a lot of consumers and to see more check the official website and check out the promo video we have embedded below.