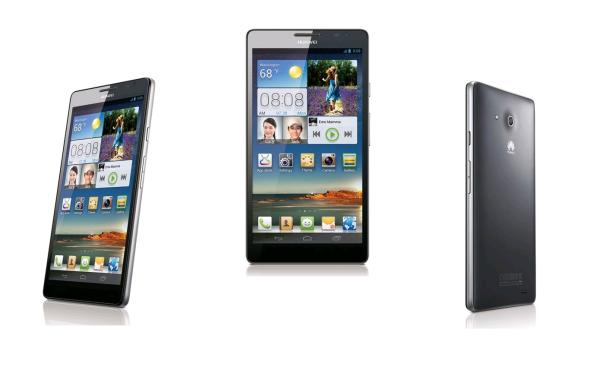 If you are after a phablet sized smartphone the leading contender at the moment in a lot of people’s eyes is the Samsung Galaxy Note2, but not everyone can afford such a flagship smartphone. Now though in the UK the Huawei Ascend Mate has been released that comes with quite a good asking price.

The Huawei Ascend Mate has been around for a while now in certain regions with its massive 6.1-inch display, and UK online retailer Expansys has put the handset up for sale at Â£334.99. This is not a bad price for a handset with such a big display and is unlocked, but the listing does state that stock will only be ordered on request.

For your money you get a mobile phone with a 6.1-inch touchscreen display with a resolution of 1200 x 800 that is powered by a quad core processor clocked at 1.5GHz. This is paired with 2GB of RAM on a device that also supports 4G LTE connectivity and runs Android 4.1 Jelly Bean.

Camera wise you are treated to an 8-megapixel rear facing shooter coupled with a 1-megapixel front facer for video conferencing, and the handsets comes supplied with a massive 4,050 mAh battery unit that promises up to 22 hours of talk time.

The device will soon be coming up against the Samsung Galaxy Mega 6.3 in the country though so many consumers will possibly wait for that to release in July instead, and yesterday we heard rumours that the company are looking to make a new handset with a screen size of 6.5-inches.

Will you be getting the Huawei Ascend Mate?