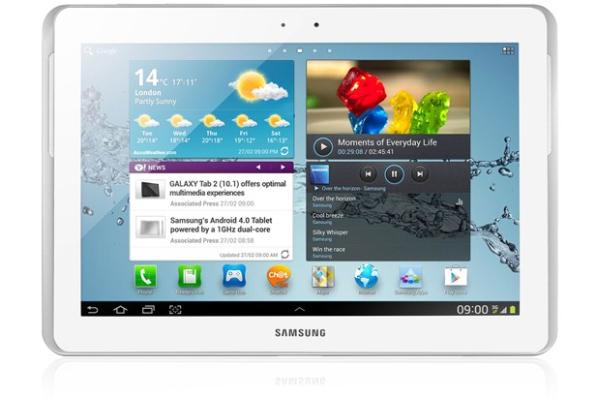 While Apple and Samsung remain at logger heads in various courts around the world in various patent disputes, the two companies are fiercely battling it out in the smartphone world trying to tempt consumers to their products. It seems though the tablet PC market will become the next battleground for the companies later this year as a Samsung Galaxy Note 12 is rumoured for around the same time as the iPad 5 is released.

The company has recently introduced the world to its uninspiring Galaxy Tab 3 line of devices but a new rumour is suggesting that Samsung is working on a 12.2-inch tablet PC. It is being claimed that the new device will use a similar but larger display that is seen on the Nexus 10 with a resolution of 2560 x 1600 and 247ppi pixel density.

This display will be supplied by Sharp and could be of the IGZO variety that would mean an ultra thin display with bright colours and low battery consumption. The yet to be announced device is tipped to arrive at sometime during the third quarter of this year, which if true should come around the same time as the next version of the full sized Apple iPad.

Many believe now that Apple will release the iPad 5 along with the iPad mini 2 around the time of September or October, and not announce the new iPad models at the WWDC 2013 event taking place later today.

The report goes on to speculate that Apple will themselves launch a supersized iPad model later this year that will also be around the 12-inch mark, but this has to be taken with a huge dose of salt.