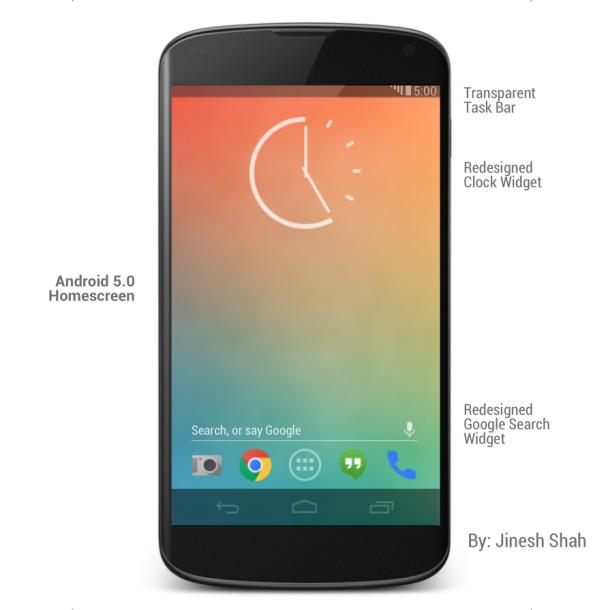 This week saw the launch of the next version of the iOS operating system with a little dig from Apple about the fragmentation of its Android rival, but that didn’t stop the company from copying a number of already available features. The Google mobile world is gearing up to the next big update to the OS and today we have an impressive design idea for Android Key Lime Pie.

It looks like we will see yet another version of Android Jelly Bean being released in the coming weeks, but this is now thought to be the last minor update before the mobile operating system gets a major overhaul.

We often bring you concept phones but today we have an Android Key Lime Pie design idea that includes a number of images that are the work of artist Jinesh Shah. The design of the software has a minimal clean look while still offering enough information on the homescreen and lockscreen.

There is a lock screen widget that provides lots of information about a user’s upcoming meeting along with a map preview of its location. The homescreen has some nice thought out changes that include hidden widgets, and with swipes and other gestures will reveal other widgets that don’t have to sit on your homescreen when not in use.

It has a transparent task bar along with a nice new unobtrusive clock and if you pull down the notification bar you only see a part of it, and widgets can be tucked to the sides so they can be overlapped. To see more images of this lovely looking design head over to the Google+ page of Jinesh Shah.