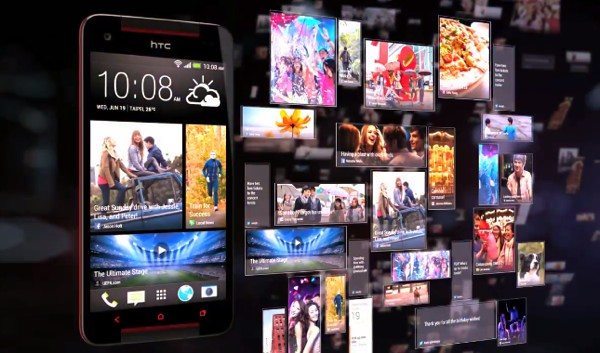 The HTC Butterfly S was officially announced today at the expected launch event in Taiwan. Although we had heard many leaked details it’s good to have the specs finally confirmed, and now we know which CPU will be used, the battery capacity and more.

We had previously seen some leaked images of the Butterfly S, and now it has been revealed in all its glory at the event. The phone is powered by a 1.9GHz Qualcomm Snapdragon 600 quad-core processor, and has a 5-inch full HD display, 2GB of RAM and 16GB of internal storage, expandable via microSD. It runs the latest Android 4.2.2 Jelly Bean operating system skinned with HTC Sense 5.

There’s also Wi-Fi, Bluetooth 4.0, DLNA, NFC and GPS. Music lovers will also appreciate the front-facing BoomSound stereo peakers, and the HTC Butterfly S also has quad-band HSPA/WCDMA radio and a nicely sizeable 3200 mAh battery. The phone is available in red, white or gray but is thicker than its Butterfly predecessor, mainly because of the battery. Dimensions are 144.5mm x 70.5mm x 10.6mm, and it weighs 160 grams.

This smartphone is due to release in July for Taiwan and other Asia Pacific markets with a price of NT $22,900 (or approximately $766). Details of a launch in other regions, if any, have not been given yet. You can see a first look of the HTC Butterfly S in a video that we’ve embedded for you below this story.

On first impressions this looks to be a significant improvement over the first-generation HTC Butterfly, and we feel many people would like to be able to get their hands on it. Why not check out the video and let us have your comments about this phone. Are you likely to purchase the HTC Butterfly S if it releases in your region?