HTC One and Xperia Z vs. Galaxy S4 with Android 4.3 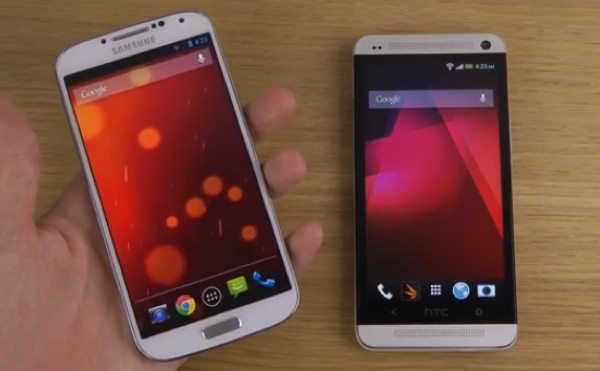 We recently informed readers that a test build of Android 4.3 has now become available for the new Samsung Galaxy S4 Google Play Edition that uses stock Android OS. Many people have been waiting for Android 4.3 Jelly Bean to arrive so this caused quite a stir, and plenty of Android enthusiasts are now eager to receive Android 4.3 for their devices. Today we have a couple of videos to show you that compare the HTC One and Xperia Z vs. Galaxy S4 with Android 4.3. 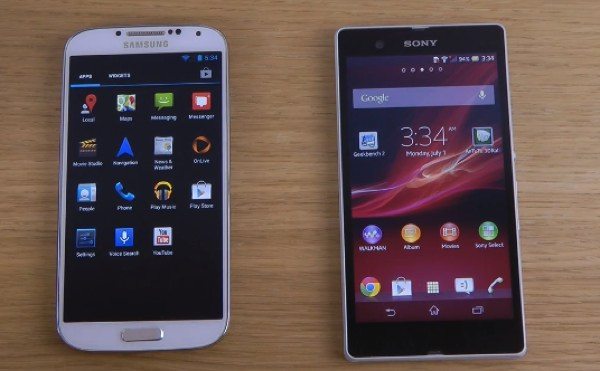 The video goes on to run through the OS experiences of each and notes some additions that come with 4.3. For example when looking at the home screens it’s noted that with Android 4.3 a search widget remains at the top when changing pages. If you have the Sony Xperia Z this video offers a good taste of what Android 4.3 will bring when the update reaches your device.

The second video is a 13-minute look of the Samsung Galaxy S4 with Android 4.3 vs. the HTC One. This HTC One used is the standard variety (not the Google Edition), running Android 4.1 and skinned with the HTC Sense UI. The video shows features of each device, and similarly to the first one this will give HTC One owners an idea of what Android 4.3 will bring.

Why not check out the videos that we have embedded below showing these comparisons between the HTC One and Xperia Z vs. the Samsung Galaxy S4 with Android 4.3. We’d be interested to hear your thoughts on this so please do send us your comments. Are you eagerly awaiting the Android 4.3 Jelly Bean update?