iPad 5 and mini 2 will launch with iOS 7 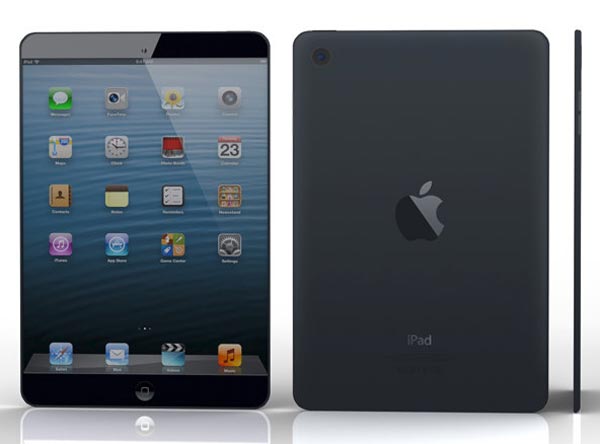 There seems to be growing confusion over the Apple iPad 5 and iPad mini 2 release date, which led to a few of our readers contacting us for clarification. You might have noticed a few blogs claiming the second-generation iPad mini and 5th generation iPad would launch in July or August, although this is complete rubbish.

Apple’s iPad mini 2 and iPad 5 are likely to release in October this year, and this would be exactly one year since the previous generations launched.

There’s a chance we may see both new iPads showcased at an event in September along with the iPhone 5S, but considering Apple’s statements before about keeping these products at separate events it seems unlikely. You could also see the shipping date for either iPad fall in Nov, just as it did in 2012.

Our readers have been kept updated with each iOS 7 beta and also the crashing problems seen with beta 3, although the public release date for iOS 7 is currently unknown. If we look at last year as an example, then iOS 7 should reach consumers at some point in September.

New iPad mini 2 or iPad 5 launch before iOS 7 releases — this is simply not going to happen. From our experience and the pattern Apple has followed the last couple of years, you can count on any new iPad launching with iOS 7 onboard and not before.

Bottom-line: don’t listen to blogs stating, “Apple will release iOS 7 in September and iPad mini 2 / iPad 5 in August with production starting in July”. We agree with production rumors and the iOS 7 release expectations, but the new iPads won’t launch without iOS 7. It is hard to sum up all the blogs spreading these false rumors, but one to watch for inaccuracies is IBTimes.

One of the most recent leaks includes some drawings revealing the iPad 5 size vs. iPad 4 and current mini. This leak follows what the majority of analysts predict, and this is a much thinner and lighter iPad 5.

What iPad 5 and iPad mini 2 specs do you hope to see? Please note that the image below is just a mock of what an iPad mini 2 could look like, and not a leak or official image. This also dreams of a Retina display and the chances of this type of screen seem to be in doubt at the time of writing.