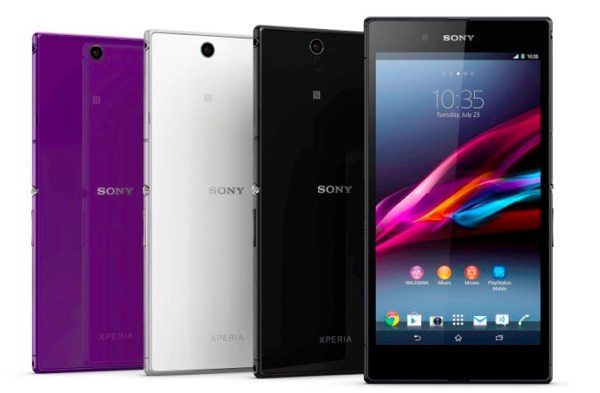 The Sony Xperia Z Ultra looks to be a notable smartphone and it’s due for a release in Q3, possibly September. It has a much larger display than the popular Xperia Z but takes a step down to an 8-megapixel rear camera, rather than the 13-megapixels offered by the existing Xperia Z. Today we have details of a Sony Xperia Z Ultra review on performance and camera.

The Xperia Z Ultra is Sony’s offering of a phablet device, as it has a massive 6.4-inch display, plus it’s also dust and water proof. We’ve already given readers a comparison of the Xperia Z Ultra and Xperia Z that highlights the specs of each and the differences between them, so why not check that out at the link for more. Now the team at Engadget has managed to obtain a hands-on experience with a pre-production unit of the Xperia Z Ultra and given some benchmarks for the device, as well as having a look at the Sony UX features and camera performance.

It’s important when considering the benchmark results to note that the finished release version of the Xperia Z Ultra could result in higher scores. The image you can see below shows the scores for the Xperia Z Ultra and as a comparison also shows the equivalent results for the Qualcomm MDP phone and tablet, as well as the Samsung Galaxy S4 that uses the Exynos 5 octa processor. Not all of the benchmarks shown could be run on the Xperia Z Ultra pre-production unit, but the ones here will give you an idea of how it performs. The higher scores are better except for the SunSpider benchmark where the lower score is best. 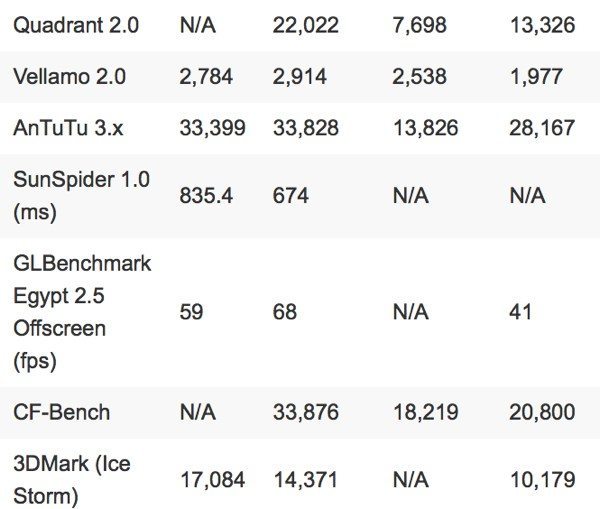 Moving on to the camera, the hands-on experience concluded that further efforts still need to be made in this area. Images taken in darker environments are said to be “surprisingly noisy,” and there’s also a lack of LED flash. There’s also criticism of the exposure and white balance, but of course all of these things could be improved when the phone finally hits the shelves.

However, there is praise for the many useful software features of the Sony Xperia Z Ultra. Many of the features of the camera app on the Xperia Z also come to the Z Ultra, such as modes, filters, and scenes. It’s not yet known though, if the UI of the apps will receive the update recently shown on the leaked Honami phone. UX tweaks are also evident for the Xperia Z Ultra, for factors such as power saving modes, app tray sorting modes, sound effects and more.

The Xperia Z Ultra also comes pre-installed with the Smart Connect app and another notable inclusion is a one-handed keyboard feature. As well as the full-size keyboard, users can toggle a narrower keyboard and choose whether to place it on the left or right side of the display.

It would be interesting to hear from readers who have an interest in the upcoming Sony Xperia Z Ultra. What are your thoughts on the benchmarks and camera from this hands-on review? Are you waiting to hear more about the Xperiea Z Ultra, or perhaps you’ve already made up your mind to purchase this phone as soon as it becomes available?