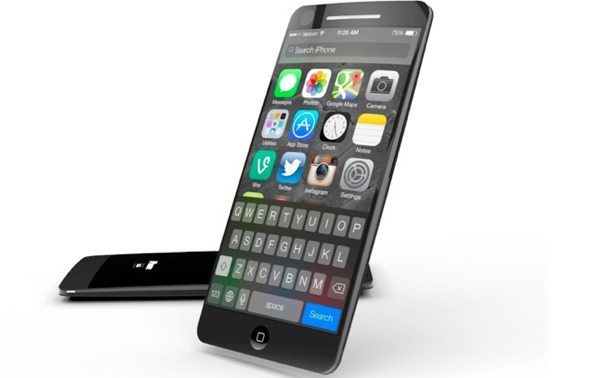 The iPhone 5S is a hot topic of discussion right now, and many consumers are eagerly anticipating its release. At Phones Review we’ve said time and time again that Apple needs to bring something new to the table as far as the iPhone 5S or 6 is concerned, and something with a bit of wow factor wouldn’t go amiss. Today we have an iPhone 5S vision for you that many may feel offers just that kind of inspiration.

Although it’s widely expected that the iPhone 5S will be a minor upgrade, with a bigger overhaul coming to the iPhone 6 next year, it hasn’t stopped us hoping that something more radical will also be coming this year. The iPhone 5S is rumored for a release in September but recent leaks of components and purported prototypes suggest that as far as form factor and design goes, there will be very little difference to the iPhone 5.

Yesterday we discussed recent research about the iPhone 5, which revealed that one of the most common complaints about the device was that the design lacked innovation. It seems we’re not the only ones then that would like Apple to come up with a new innovative look that would make us drool. While we cannot show you what the real iPhone 5S will look like, the imagined iPhone 5S in the images here comes from designer Alvaro Toledo. 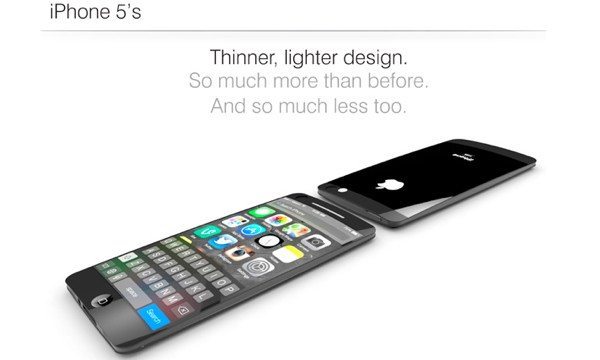 We’ve seen many concept designs now for the iPhone 5S and 6, but people still seem to be able to come up with something new, and we always enjoy looking at them for a taste of what could appear. We rather like this iPhone 5S that has a very slight curvature to it as you can see. This design shows a handset, thinner and lighter than the iPhone 5, and the back of the phone is very shiny suggesting all kinds of possibilities for the materials used.

We think the slightly curved design would give a great feel when holding the phone, but we’d like to hear what you think. Is this the kind of design you’d like to see for the real iPhone 5S when it appears? If not, what other ideas do you have that you think would improve the look of the iPhone 5S or 6, and would make people’s mouths drop open when they see it? Let us know by sending your comments.