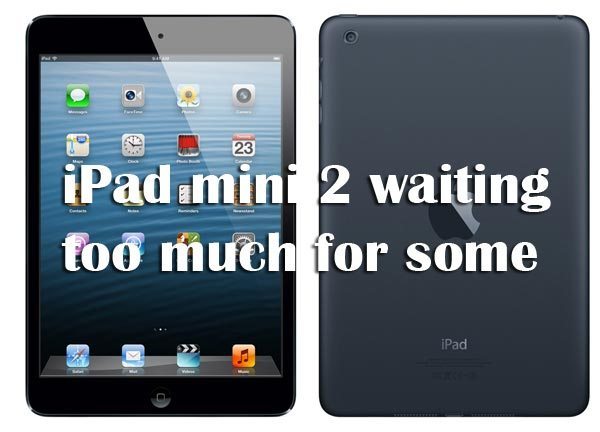 The way Apple keeps a tight lid on product launches has confused a lot of consumers and mainstream media, although seasoned customers know exactly when the new iPad 5, iPad mini 2, iPhone 6 or 5S would likely meet a release date. Last year was something of a rare situation for Apple and this led to a shorter lifecycle for their tablets, which happened thanks to a new charging and docking port for the first time since these devices originally launched.

iPad mini 2 watchers give up on release date — we have already heard from a number of our readers waiting for the iPad mini 2 to launch and some of these people have been put off waiting after hearing speculation about a delay to the expected release date in October as an annual update.

One of Phones Review readers stated, “I gave up waiting for the iPad mini 2 in the end and just went for the current smaller iPad. I have to say wow, and yeah my iPhone 5 display is better but it’s pretty damn useable and feels really good”.

Another one of our readers points out how good the Retina display is, but also explains there is “way more important things” for iPad mini 2. Keeping the battery life good with a very thin form factor should be top priority for iPad mini 2 and if that means a Retina can be included then great, but if a Retina would cause problems with battery life then we know Apple won’t include this feature when the release date arrives in a couple of months.

You can read more about iPad mini 2 Retina release fears and Product Reviews has clarified why it might not be included.

One thing this comment and a number of others we’ve received highlights is impatience. Delay speculation has caused consumers to purchase another tablet or the current iPad mini rather than wait for the second-generation.

Wrong predictions cause people to buy now – we have also heard from a few people that couldn’t wait for iPad 5 any longer and purchased the iPad 4. Even if the negative iPad mini 2 release rumors are correct, this didn’t include the iPad 5 and as such we would at the very least expect to see iPad 5 launch by October the latest.

Some of our readers might remember a case maker predicting the iPad 5 to release at WWDC 2013. This obviously never happened although that very accessory website still stands by the iPad 5 design they state came from inside sources. We know a lot of people expected the iPad 5 to launch at WWDC after the shorter cycle last year between iPad 3 and 4, but this had been under very different circumstances with a big change in docking connector that has never happened before.

After the iPad 5 never arrived at WWDC some people purchased the current model, although others that waited are now purchasing iPad 4’s and the iPad mini thanks to running out of patience. It might seem a little crazy considering both tablets could arrive in under 3 months, but then with Apple you never really know. 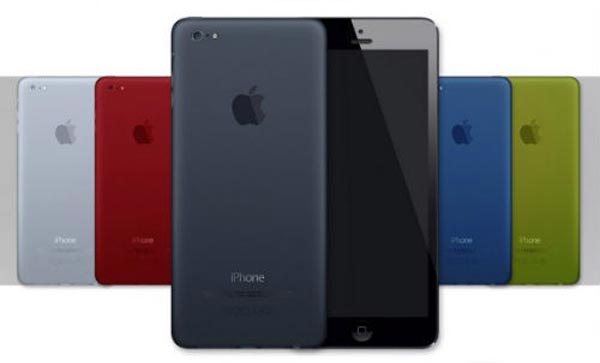 iPhone 6 release date frustration and current deals – ever since the iPhone 5 launched last year we saw people claiming they know when the next generation would arrive, or have heard about possible specs. Most of this rumor is complete rubbish, but considering how close we are to the iPhone 6 or 5S launching it becomes more likely that leaks are for the real thing.

You will also start to see a pattern emerging from different sources and leaks, so this normally ends up being the final design. We have owned every generation of iPhone and recognize this pattern every year, so you can almost certainly expect plastic playing a part in 2013.

The real mystery comes when we think about the possibility of two models and if this were true, would it be an iPhone 5S in plastic and a metal iPhone 6?

Considering the patterns emerging this close to a possible iPhone 6/5S release date in September, some people have purchased the iPhone 5 now as they don’t like what they see in the leaks. If your contract is up and the leaks form a clear pattern, then some people want to pickup a good iPhone 5 deal right now as retailers try to shift handsets before the new generation arrives.

Have you grown impatient waiting for an iPad 5, iPad mini 2 or iPhone 6 release date? Or do you like purchasing the current generation right now thanks to some good deals being offered?