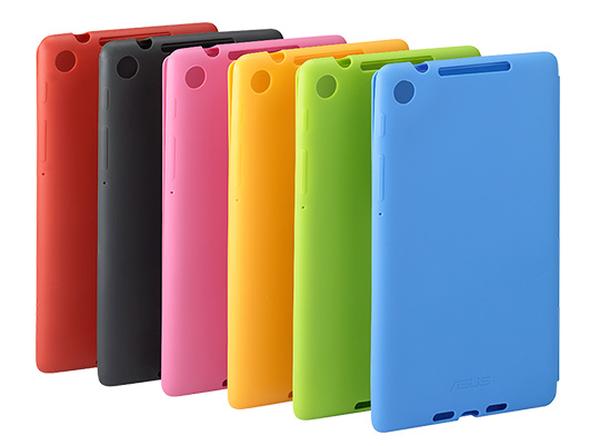 Once a new piece of mobile technology has been launched or released we get to see a huge variety of third party accessories to accompany the devices, now some official Asus New Nexus 7 accessories have appeared that bring colour and protection to the tablet PC.

The original Nexus 7 had a range of official accessories although some of them took a while to come to market, but for the new model online retailer Amazon is already listing some of them with more also on the Asus website.

For a bit of colour the Nexus 7 2013 Travel Cover comes in six stylish colours with a case that is promised to fit the device snugly with a soft touch feel but strong enough to offer some protection. It features a non slip matte texture with all of the Nexus 7 2 features and ports easily accessible with the cover in place.

This is made from soft microfiber and polyurethane so it will not scratch your new tablet but is strong enough to protect it from life’s bumps and scratches. Again all the features and ports are accessible and the case will come in either black or white colour finishes.

We have already heard how many retailers have started to sell the Nexus 7 2 early in the US, but for customers in the UK there might be a longer wait for the device to arrive. We reported previously that the likes of Currys and PC World had begun pre-orders with a release pegged for September 13th, and it remains to be seen how other retailers in the country position themselves with regards to pricing or freebies.

Will you be getting any of these official accessories?