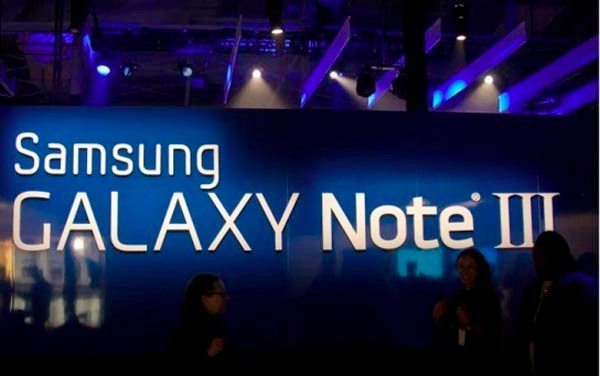 The Samsung Galaxy Note 3 smartphone is one of the most anticipated devices of the year and is set to be introduced only days before the Apple iPhone 5S. We’ve already informed readers about many of the leaked and rumored specs for this device, and now Samsung Galaxy Note 3 pre-launch features have been comprehensively revealed.

Specs for two versions of the Galaxy Note 3 have been tipped, but of course that doesn’t mean that there won’t be further variants too. For now though we have details for the Galaxy Note 3 model SM-N900 and model SM-N9005. Although this is not confirmed news from Samsung, the info does come from an often reliable source who say that the details have come from “one of our trusted insiders.” Many of the specs also tie in with previous specs that have been widely rumored.

We’ll start with the Galaxy Note 3 SM-N900, and this is said to be powered by a 1.8GHz Exnos 5420 Octa-core processor with ARM Mali-T628 MP6 graphics. Other specs include a 5.68-inch Super AMOLED Full HD display (resolution of 1920 x 1080), and 16, 32 or 64GB of internal storage, expandable via microSD up to 64GB. RAM has not been confirmed for this variant but we’d be surprised if it doesn’t arrive with 3GB, as with the other model detailed. The SM-N900 variant has a 3200 mAh battery but will NOT feature LTE connectivity. It’s also carrying a 13-megapixel rear camera with optical image stabilization, and it will launch running Android 4.3 Jelly Bean skinned with Samsung’s TouchWiz UI.

There are no details supplied for the processor and GPU of the Galaxy Note 3 SM-N9005, but it looks likely that this will pack a Qualcomm Snapdragon 800 quad-core processor and Adreno 330 graphics. Other specs given in the latest leak include a 5.68-inch Super AMOLED Full HD display, 3GB of RAM, and also 16, 32 or 64GB of internal storage, expandable via microSD. This SM-N9005 has a 3200 mAh battery (differing from news yesterday) and also has 4G LTE connectivity. Like the SM-N900, it will also launch running Android 4.3 Jelly Bean overlaid with Samsung’s TouchWiz and has a 13-megapixel rear camera featuring optical image stabilization.

It’s worth bearing in mind that while both models will be available in 16, 32 or 64GB variants, many regions will only receive the 32GB version, and the 64GB version will only be available in a limited amount of markets. The Samsung Galaxy Note 3 will be officially announced at an event to be held at IFA Berlin on September 4, so there’s not too much longer before we will hear all of the confirmed details. Hopefully a release date and price for the device will also be revealed at the same time.

We’ll keep you informed with all of the news about the Samsung Galaxy Note 3, but in the meantime we’d be interested to hear what you think of the latest specs leak. Does the Samsung Galaxy Note 3 look as though it will have everything you want for your next smartphone? Are you avidly waiting for the official unveiling? Let us know with your comments.