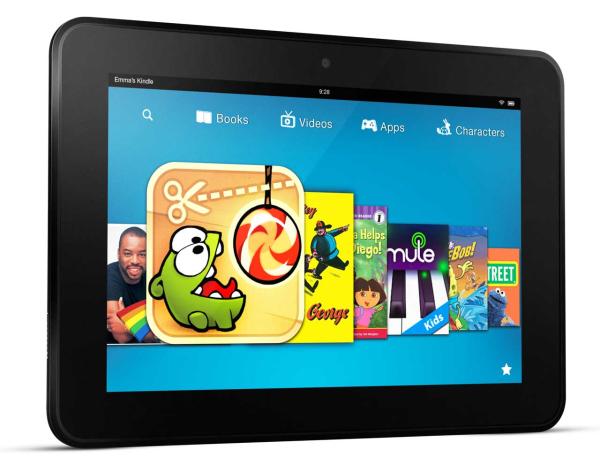 Last year we saw the likes of the original Nexus 7 and Kindle Fire devices pulling more consumers to their first taste of a tablet PC, which was largely down to the lower price point paired with some worthy features. Now for 2013 new models are arriving and some Kindle Fire HD 2 specs have been seen in benchmarks, and it seems the device is certainly a Nexus 7 2 beater.

At the end of last month we heard some rumours about the specifications of the new Kindle Fire HD, and it seems these have been confirmed by some benchmark results. An unnamed Amazon tablet with the codename of Apollo/KFAPWA is using a display with a resolution of 2570 x 1600 and is running an operating system based on Android 4.2.2 Jelly Bean.

There is the Qualcomm quad core Snapdragon 800 processor clocked at 2.15GHz that is paired with the Adreno 330 GPU, and this fits in with previous rumours about the upcoming device. There have also been claims that the device will have 2GB of RAM, and this benchmark could be for the 8.9-inch model.

Other specs are thought to include an 8-megapixel rear camera along with a front shooter with storage coming in 16GB, 32GB, and 64GB flavours. It certainly seems that Amazon really means business this year as it looks to take on the competition especially the new Nexus 7.

Will you be considering the new Kindle Fire HD if these specs are accurate?