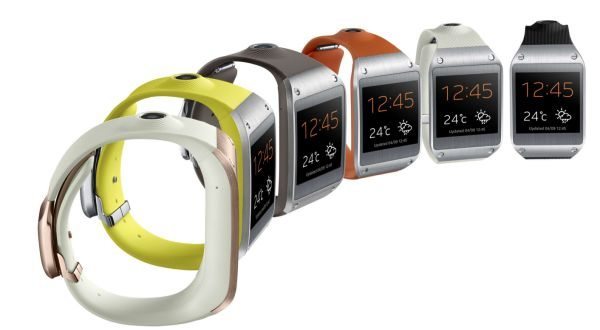 It has been questioned if the Samsung Galaxy Gear smartwatch will be a winner considering this will only be compatible with the Samsung Galaxy Note 3 once released, but we have heard it will work with the Note 2 as well. All said and done the UK price has now been revealed and is a little cheaper than first thought.

When the Samsung Galaxy Note 3 is released we believe the Samsung Galaxy Gear smartwatch will be bundled with it in some way, you can now pre-order the new Gear watch via Clove with a price tag of Â£282, which is lower than the first thought Â£299.

Even at Â£289 this is fairly expensive if it only works with the Samsung Galaxy Note 2 and 3, the Sony SmartWatch 2 is compatible with most Android smartphones, which means you will not be restricted to one handset, we know what we would choose.

If you do decide to pre-order the Samsung Galaxy Gear Smartwatch at Â£289 it does come in many colours including Oatmeal Beige, Wild Orange, Mocha Grey, Rose Gold, Jet Black and Lime Green.

Clove UK does state that the availability is yet to be confirmed, and that the first stock should arrive at the end of September, we have heard it will release Sept 25th.

Will you be buying the Samsung Galaxy Gear Smartwatch?