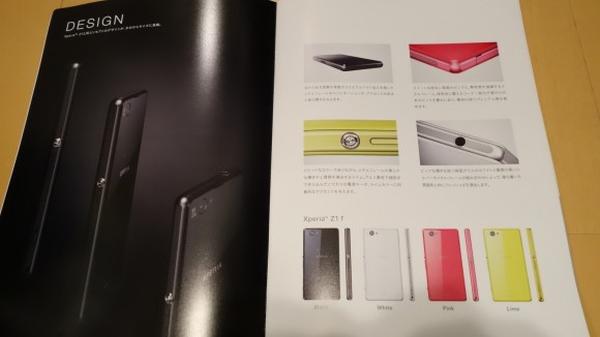 We have already seen so called mini versions of flagship smartphones released by Samsung and HTC, but these also come with lower quality internal components but that looks to change with the upcoming offering from Sony, and the Xperia Z1 Mini brochure brings some new specs insight.

There have been a number of leaks and rumours about the Sony Xperia Z1 Mini that more recently included a listing from a Japanese carrier. Now the image that you can see on this page is seemingly from a brochure about the handset that is showing a number of features about the device.

Again we have the name of Sony Xperia Z1 f but we are now also seeing a variety of colours that include pink, lime and red, while previously we only saw black or white. It seems the device will also be coming with 32GB of on board storage where previously rumours hinted at only 16GB, and there is an IP58 certification that suggests the handset will continue the recent Sony trend and feature dust and waterproofing.

The image in the brochure also shows a label close to the camera lens saying 20.7-megapixel, which is the same camera that is on the larger Sony Xperia Z1. There is the chance that the handset will have a 4.3-inch HD resolution display, so the rest of the smartphone will feature the same high-end specs as its larger sibling.

This should include the Qualcomm quad core Snapdragon 800 processor clocked at 2.2GHz paired with 2GB of RAM, and may come with the Android 4.2.2 Jelly Bean operating system on board. The official launch for the handset must only be a short time away now considering the growing number of leaks we are now seeing.